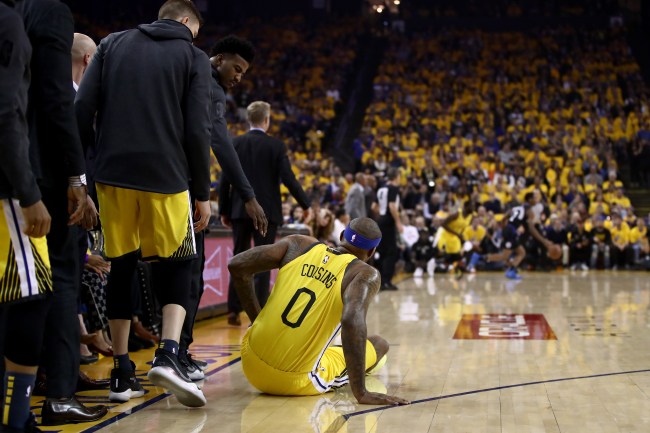 Welp, there are always exceptions to the rule, and it looks like a Twitter spat that started after Boogie Cousins tore his quad in Monday’s historic loss against the Clippers, is ending with a beatdown.

I believe this is what the kids call, “When Twitter fingers turn to trigger fingers.”

It all started with this tweet by a man who goes by the handle @PointGods:

Great, now Warriors fans are gonna talk about Rockets only beat them because Boogie is hurt

A Twitter user with the handle @TheSlanderGawd was not happy with a fellow deity, @PointGods, making light of a serious situation.

The nigga ruptured his quad and THAT'S what he trotted out there. He then proceeded to get belligerent, P.

What started as an online disagreement, escalated into @TheSlanderGawd buying  a $470 plane ticket, plus the $34 travel protection to defend Boogie’s honor.

It’s not as pathetic as it seems, though, @TheSlanderGawd’s got fam in Houston.

*shrugs* I got money to spend and people to visit in HOU. It's no trouble.

Looks like @PointGods has an ace up his sleeve.

Thank a God for that $34 travel protection.