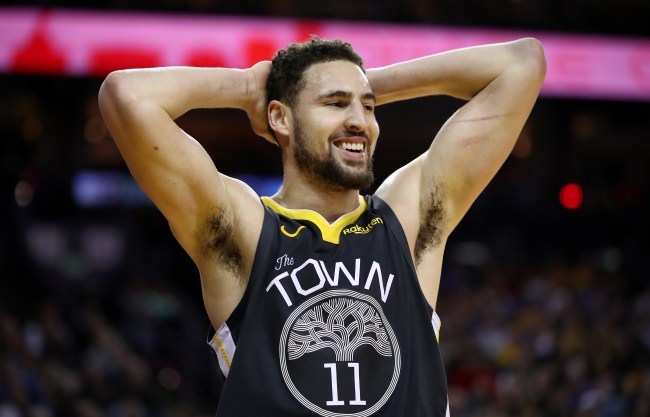 Even while injured Klay Thompson is putting up some big numbers off the court.

For the past two years, Thompson has been sidelined with serious leg injuries. During the 2019 NBA finals, Thompson tore his ACL and missed the entire 2019-20 season. Thompson went on to tear his Achilles during a pick-up game during the most recent NBA offseason and missed the 2020-21 regular season as well.

Thompson’s rehab is apparently going well considering the fact Klay was seen picking up two girls while leaving a club in LA recently.

The most interesting part of the video showing Klay picking up the two women was when he denied them entry into his car due to the paparazzi taking pictures and made them walk a few blocks down the street to get in with him.

Klay Thompson leaving with two women but denying them entry into car once paparazzi show up pic.twitter.com/X2BUIfF6A9

Klay picking up the girls down the street pic.twitter.com/mVjf9kr025

It seems like nature is healing and so is Klay Thompson.