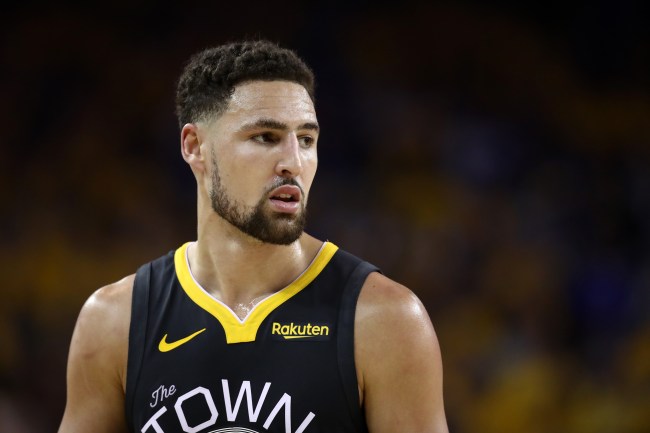 According to several reports, Warriors guard Klay Thompson, who missed the entire 2019/20 season with a torn ACL, suffered a lower leg injury in training on Wednesday afternoon.

Klay Thompson was unable to place weight on his lower leg injury leaving the gym today, sources said. Everyone is hoping for the best. https://t.co/kcxYJczNmX

Warriors beat reporter Monte Pool says he’s been told Klay’s injury “looked bad” but everyone around him is awaiting the results of his medical exams before confirming anything.

Klay Thompson's leg injury looked bad, according to two sources, but neither was ready assume catastrophic. The Warriors have significant decisions to make tonight/this week, so fingers are crossed as they wait.

Exchanged texts with Mychal Thompson. He did not shed any light on Klay's status but the tone of his reply was quite sober for Mychal.

An NBA source in the know about Klay Thompson’s injury simply answered to me: “Not good.”

Losing Thompson for a significant period of time would not only be terrible for him but for the team as well.