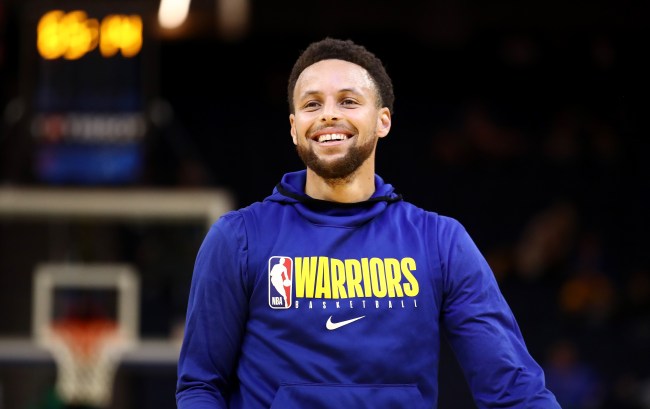 Remember when the Warriors, you know, actually played in Oakland? Yeah, it wasn’t that long ago — just a year or so — but it sure as hell seems like the franchise has long been removed from the city since moving to a state-of-the-art arena in San Francisco’s Mission Bay neighborhood.

While the Dubs no longer play in Oakland and now call San Francisco home, they still technically recognize the town as a major part of their team’s history; and with good reason. After all, the team played 48 years in OakTown, and saw their most success while playing in the raucous Oracle Arena, going to five-straight NBA Finals from 2014-2019 and winning three titles during that timeframe. So when the team unveiled some new uniforms paying tribute to the city, one would imagine they’d be well received.

Unfortunately, that was anything but the actual outcome.

Debuting the “Oakland Forever” uniforms this week, the Warriors aren’t getting slammed for how they look, but, instead, because of what they represent. First, take a look at the uni designs.

Oakland is and will always be a part of our team’s identity.

“Oakland Forever," presented by @Rakuten, is a nod to the We Believe era and its turning point in Oakland’s basketball history.

To honor the Town, we partnered with Nike to put a spin on these classic uniforms. pic.twitter.com/d7nUAJLbzM

Not bad, right? They sort of resemble the Warriors’ old uniforms from the late-2010s, but instead of the team name across the chest, it reads “Oakland” as a shout-out to their past. But, oh boy, that didn’t sit well with a lot of people, as Twitter had a field day for the team releasing the design and putting out the statement just days news about the franchise suing Oakland over a $40 million renovation debt.

The Warriors are looking to take a legal battle over an estimated $40 million in debt to the California Supreme Court, San Francisco Chronicle insider and ABC7 news contributor Phil Matier reported Sunday.

Matier writes that the Oakland Arena, where the Warriors played for decades before they moved to San Francisco, underwent a series of renovations in 1996.

The Oakland-Alameda County Coliseum Authority says the Warriors owe more than $40 million for their portion of the restoration payments.

So far in the suit, lower California courts have ruled that the Warriors need to pay off the balance to the plaintiffs.

Although now arena authorities say that the Warriors have filed for a hearing with the state’s highest court.

Uh, yeah, so this is a little awkward. It’s almost as if the Warriors are trolling the entire city of Oakland with these new uniforms — and social media sure as hell took notice.

Pay the Money you owe the city of Oakland as well please! https://t.co/p6TXezaSfr

Like, maybe honor Oakland by renaming the team “The Oakland Warriors,” relocating the team to a home arena that’s actually in Oakland, and putting the name “Oakland” in giant letters on the new stadium they build for the city of Oakland. Not complicated.

Could’ve just honored them by staying in Oakland pic.twitter.com/3zLUnTeCEV

So let me get this straight, you guys wait until you move out of Oakland to drop these? https://t.co/w1L13qOXFq

By moving to San Francisco. What a big honor for Oakland.

Cmon now. Oakland asked for these about 20 years ago. Too little too late. U wanna claim Oakland on your jersey as you currently take the city to court for unpaid debts for oracle arena? Interesting

Look, $40 million is a lot of money — especially given the amount of revenue NBA teams reportedly lost because of the abbreviated season during the pandemic. But, sheesh, it’s one thing to file a lawsuit against the city of Oakland hoping the court rules the franchise isn’t on the hook for such a tab, but it’s a different level releasing uniforms paying homage to that same city just days after said lawsuit. Talk about a pretty lousy PR move.