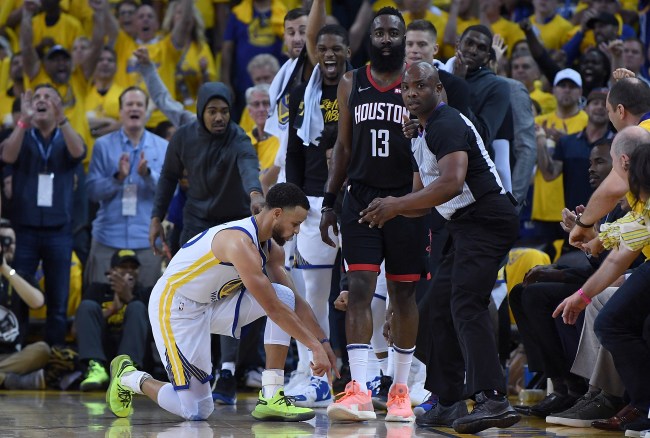 There was plenty of controversy after last night’s game 1 between the Warriors and Rockets.

During the game, the refs didn’t call the Warriors for stepping under shooters on several different occasions which caused outrage among fans.

Going to be a long series for the Rockets if they're not going to call the step under on the Warriors pic.twitter.com/xULazrDL00

It almost felt as if the refs were under orders today to allow the Warriors (Klay, Draymond) to jump into Harden on his three-point attempts. Changed the game. Took Harden out of his comfort zone. Irony: The rule was instituted bc of GSt's Zaza Pa-Cheapshot.

Apparently, the Internet noticed that one of the refs involved in the game was wearing Kevin Durant sneakers.

The ref was wearing KD’s … 🤔 pic.twitter.com/34LMxqx5Rw

This is absolutely nothing but good luck telling Rockets fans that after it seemed like refs were on the Warriors side the whole game.