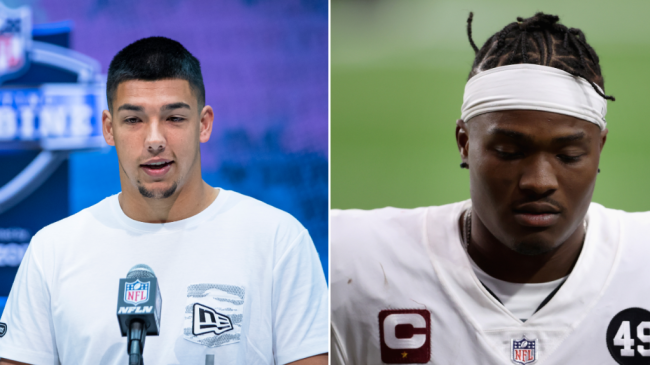 It seems like some Washington players are fed up with Dwayne Haskins’ antics.

Earlier in the week, Haskins was stripped of his captainship after he was seen violating Covid-19 protocols by going to a club without wearing a mask.

Dwayne Haskins was finally back as a starter [due to injury] and after losing to the #Seahawks, apparently decided to party at a strip club.

The team is aware of the posts and are in contact with the league while handling it internally, per @NickiJhabvala pic.twitter.com/z5uYHTQJ19

Source: Washington Football Team QB Dwayne Haskins’ captainship was taken away following his COVID-19 violation that included being photographed at a strip club without a mask. His teammates had voted him a captain in camp. This is part of the internal punishment for Haskins.

Haskins has since apologized for his behavior in will likely start on Sunday for the team due to Alex Smith being unable to play because of an injury.

Sense out of Washington this week has been that it would be challenging for QB Alex Smith to return from his calf injury this week. And now today, Dwayne Haskins is taking the starter reps at practice, and is tracking to start Sunday vs. Panthers.