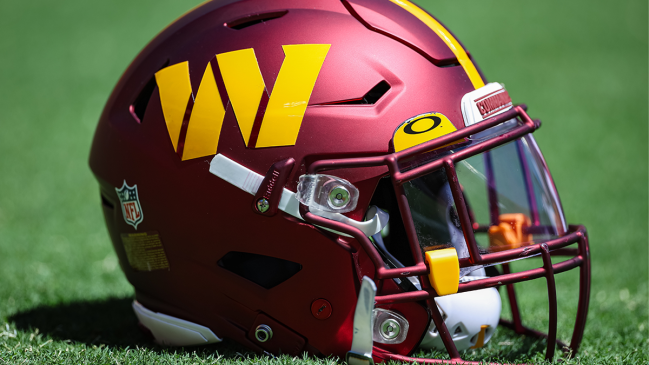 That change came a couple of years after it adopted that first moniker much to the chagrin of owner Dan Snyder, who’d previously made it very clear “NFL teams should be able to have names and logos rooted in racism” was a hill he’d be happy to die on until the sponsors he relies on to milk every possible penny out of the franchise forced his hand.

Part of that rebrand saw the Commanders debut a new logo to replace the Fairly Problematic image that had graced their helmets since the early 1970s: a stylized “W” that remains one of the rare Ws the team has had to its name in recent memory.

The Commanders are currently sitting at 2-4, but their onfield issues (including the recent loss of Carson Wentz) have absolutely nothing on the Category 5 hurricane of controversy that’s constantly revolved around Snyder and other high-ranking members of the organization.

The widely reviled billionaire has spent over 20 years dealing with a revolving door of scandals and strife, and while he’s weathered the storm so far, it does seem like his time as an NFL owner could be coming to an end in the very near future based on the writing some of his fellow Rich People have started to scrawl on the metaphorical wall).

Now, a new issue has emerged—one that may not rival the gravity of some of the other incidents Snyder and the team have been implicated in but one that is a top contender when it comes to the list of the most embarrassing.

If you’ve attended a sporting event in person, there’s a good chance you’re familiar with the concept of a 50/50 raffle: fans get the chance to buy tickets to increase a jackpot home to funds that are ultimately split between the winner and a charitable organization.

On Wednesday, Chris Russell of Washington D.C.’s WTEM 980 AM fielded a phone call from a Commanders season ticket holder named Mike who claimed his friend Drew had won the 50/50 raffle that was held when the team hosted the Jaguars at FedEx Field to open up the season.

According to the radio station, Drew received a check for $14,822 from what is still legally known as the “Washington Football Team Charitable Foundation” (which uses the other half to support “youth programs throughout the region). Unfortunately, he ran into a slight issue when he went to cash it only for the bank to inform him it had bounced.

Drew in Rockville (the fan that actually won the 50/50 raffle) just called in & confirmed in his words that a check for $14 K bounced. He said he has pics of check & it was from "Washington Football Charitable Foundation" as a display logo.

According to Nicki Jhabvala of The Washington Post, the Commanders quickly issued a statement in which they claimed the issue stemmed from a bank error that was not in their favor and noted the money was deposited directly into Drew’s account after learning about the snafu.

From a Commanders spokesperson, regarding the check that bounced for the fan who won the 50/50 raffle in Week 1:https://t.co/RVjdBq6yDR pic.twitter.com/GyeWIH6I1v

Even if it was an honest mistake, it’s still not the best look for an NFL franchise owned by a guy with an estimated net worth of $5 billion.