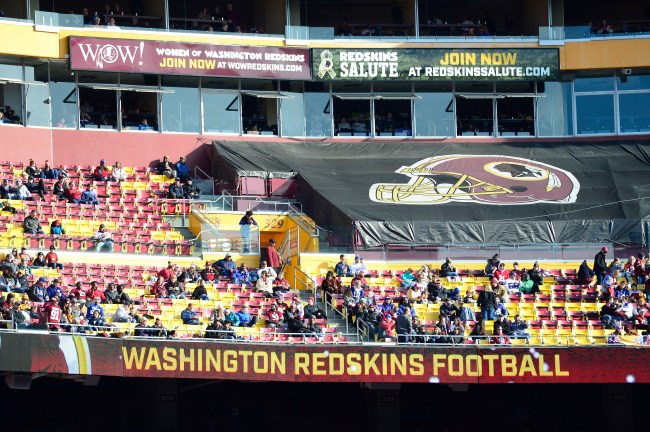 It seems like the Washington Redskins may be forced to finally change their name after years of public outcry.

Earlier this week, 87 investment firms that are responsible for more than $620 billion in assets wrote three separate letters asking Nike, FedEx, and Pepsi to end their business relationships with the NFL’s Washington Redskins until the team decides to drop their “racist name.

The investor letter to @Nike applauds the brand's stated commitment to anti-racism and its work with @Kaepernick7, but asks that the brand extend its values to the Native American community as well by dropping the Redskins.

For context, some of the investment firms and groups behind these letters were also involved in #DAPL divestment—which caused banks to lose an estimated $7.5 billion as cities, etc, pulled accounts and terminated relationships. Now that could happen to @Redskins and the @NFL.

JUST IN: @FedEx has asked the Washington @Redskins to change its name. Here is the statement:

“We have communicated to the team in Washington our request that they change the team name.“

FedEX currently owns the naming rights to Redskins stadium which they obtained back in 1998 for $205 million.
Via ESPN ESPN

FedEx paid $205 million to the Redskins for naming rights to the stadium in 1998 in a deal that runs through 2025. Frederick Smith, the chairman, CEO and president of FedEx Corp., also owns a minority stake in the Redskins.