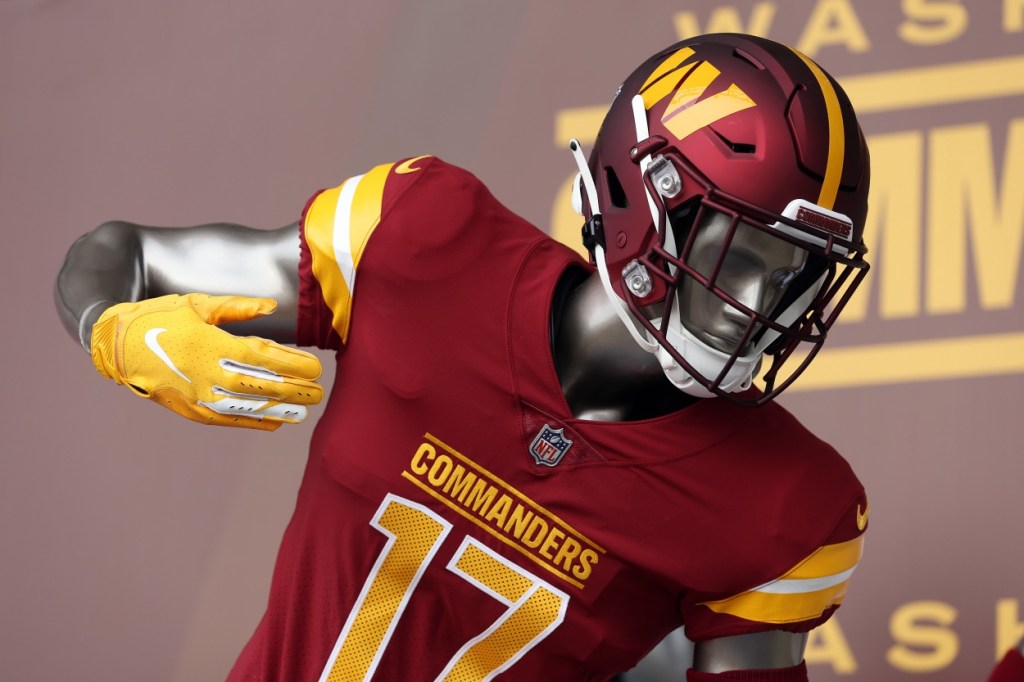 The NFL team in Washington D.C. didn’t do a great job keeping their new name a secret. The official ‘Washington Commanders’ name had been rumored for a while and then it was even confirmed by footage from a helicopter before the official announcement.

What’s Next For The Washington Commanders?

After taking their sweet timing deciding on a new name, the Washington Commanders have a lot of changes o make. Websites need to be updated and redirected. There will be new email addresses, office and stadium signage, tickets redesigned, an entirely new world of merchandise, and the list goes on.

Interestingly, the Washington Commanders seem to be getting ahead of the fact that fans will probably wait to buy new merchandise by sending cars around D.C. to pass out free merch to fans. at least I assume that’s the strategy here:

Cars leaving the stadium to drive around DC, Maryland and Virginia to hand out Washington Commanders’ merchandise. pic.twitter.com/KimlzvJBaQ

Then there are the fan chants. Fans need rallying cry and stuff to yell in the stadium and with a new team name the former chants need to be retired and/or rewritten.

A group of the dyingest-hardest Washington fans convened on Wednesday to workshop some new Washington Commanders team cheers and chants and it’s incredibly amusing to see what they’ve come up with.

Fans Come Up With new Washington Commanders Cheers And Chants

Fans outside of the team store at @FedExField are confident the new @WashingtonNFL’s name is the #Commanders. They’ve already got a chant! @7NewsDC pic.twitter.com/x6ykNGtZKU

This group has been testing out a bunch of chants this morning. You all had some strong opinions on the Farmers Insurance turned makeshift @commanders chant 🤣 https://t.co/jW2PaBTv8q pic.twitter.com/alIwUchCoi

It’s kind of amazing how bland these Washington Commanders cheers are but how they’re simultaneously entertaining. It reminds me of visiting Gainesville’s Swamp on game day and how their same cheers can be heard in every other city in the south just with different team names. We really do have to jump across the pond for the best cheers in the game.

We need more of this:

‘His hair is fine,
He scores belters all the time,
That’s why we sing this song,
For Stuart Armstrong’

Or, as a colleague of mine pointed out, a team needs to hijack the Roy Kent cheer from Ted Lasso ASAP. It’s being wasted on TV.