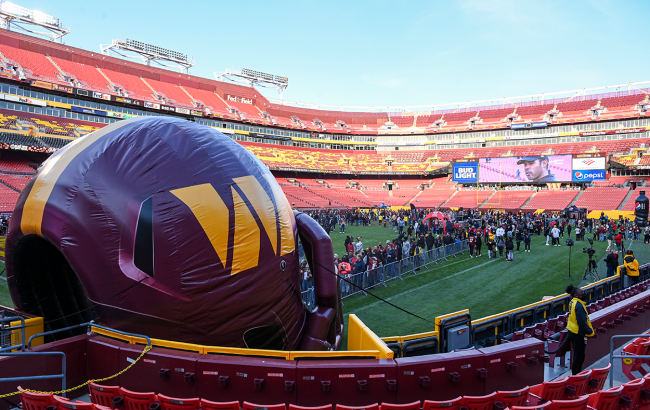 The Washington Commanders have a new name and new uniforms, but their fanbase could not appear to care less. After opening training camp on Wednesday to a decent-sized crowd, absolutely nobody showed up on Thursday.

Washington, which is coming off of a 7-10 season, has not won 10 games or more since 2012 when it lost in the Wild Card game. The Commanders, previously known as the Football Team and the Redskins, have had just two 10-win seasons since the turn of the millennium and have reached the playoffs only five times in that same amount of time.

Of those five appearances, Washington has lost four of five Wild Card games and lost in the divisional round during the one year that it won the Wild Card. Needless to say, there has not been a lot of success on the gridiron in the D.C. area for quite some time.

And it does not seem as though Washington’s fans think there is any hope for 2022 to be much better. They turned out by the … single digits … on Thursday.

Now, training camp is exactly that and the Washington Commanders don’t do anything differently from the rest of the NFL.

Training camp isn’t the most exciting event ever, but it is the start of football season and that is reason enough to get the blood pumping. Except if your team is as bad as Washington, apparently.

The amount of people at practice can be counted on less than two hands.

The fan turnout for day 2 of Commanders training camp. pic.twitter.com/1gbYxOgnMA

Crowds thinned out on Day 2 of training camp. pic.twitter.com/plOdTdYemY

Additionally, the Commanders used a lottery system to determine what fans are allowed to attend what day of training camp. Fans had until July 13th to sign up for tickets, selecting from eight days on which public sessions will be held.

A 9:00am session on Day 2 is not the most exhilarating and a Thursday morning is certainly not the most conducive day for those who work 9-5 jobs to take off and watch some football. Those are legitimate factors into the team’s training camp attendance.

However, none of those reasons should account for Washington’s fan turnout on Thursday. It was brutal and there was no signs that it got any better throughout the day. At total of maybe 15 people were there based on the looks from the reporters on the sidelines.