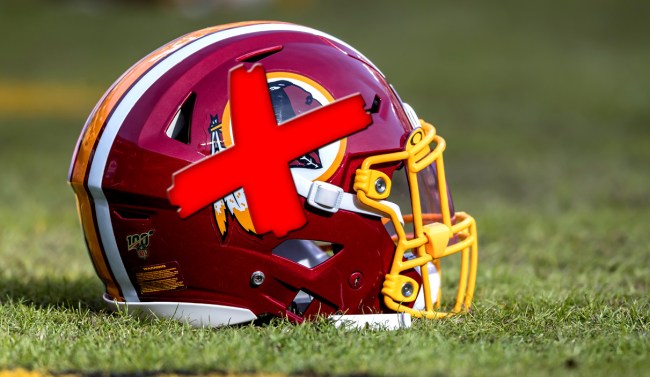 The team formerly known as the Washington Redskins is currently in a transition period where they’re still trying to find a new name and it seems that they may be getting closer to figuring that out.

On Monday, the Washington Football Team appears to have hinted that they’re changing their name to the RedWolves when they sent out this tweet of a fan praising the RedWolves name.

This is the name we all want! https://t.co/qptp4akDNN

The RedWolves name has been a fan favorite throughout the summer and was the frontrunner to be the new name of the team. Fans have already made mockup jerseys and designs.

This is the best total package out there right now. This is the perfect mix of old tradition and new tradition. The historic "R" with a new Redwolves spin.

This should be on everybody's TL because this is heat 🔥 pic.twitter.com/LhQLPDiqLi

Imagine their faces when 50,000 DC Redwolves fans howl after every 1st down. AWOOOOOO! The entire country is going to hate us. And when this fanbase goes on road? Howling on airplanes, tailgates, every opposing stadium? They‘ll curse the day they made us change the name. 😲#HTTR pic.twitter.com/4Pu5xrpTDC

Washington still has until sometime next year to figure out a new name but it seems like the fans have spoken and the team is listening.