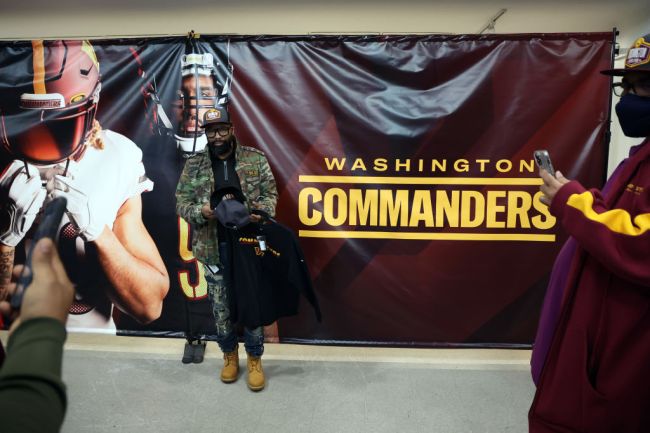 Fans waited two full NFL seasons for the Washington Football Team to give themselves an actual. After the long wait, we found out earlier this month that their new name would be the Washington Commanders. The new name hasn’t exactly been universally applauded by those around the football world.

Among those who aren’t entirely thrilled with the new name is one Washington Hall of Famer. Former Super Bowl MVP John Riggins hates the “Washington Commanders” name so much that he has asked for his name to be removed from jerseys. He talked about his dissatisfaction on “The John Riggins Show” yesterday.

“I feel completely disenfranchised. I can’t understand how anyone who once played under the old franchise name could possibly want to be a part of anything to do with the Washington Commanders.”

Here is what he had to say about seeing his name on a Commanders jersey.

“That makes me feel filthy. I feel dirty, I don’t want anything to do with it. Maybe I will change. Maybe I need a little more time, I don’t know. It just doesn’t feel right to me.”

Following his sentiments, Fanatics has given him his wish and removed his name from Commanders jerseys on their website.

Fanatics and the NFL shop have pulled the John Riggins Commanders jerseys that were for sale.

Riggins has gone on the record saying he didn't want his name on a Commanders jersey.#TakeCommand

Not all former players feel the same as some have been involved with the unveiling of the Commanders name, but it will be interesting to see if any other players follow in his footsteps and distance themselves from this organization.