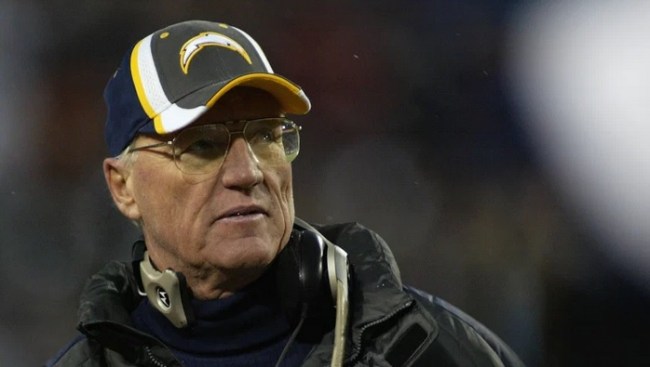 The obituary writer for the Washington Post is clearly not a fan of Marty Schottenheimer.

On Tuesday morning it was announced that the longtime NFL head coach had passed away at the age of 77 after years of battling Alzheimer’s disease.

Via The Associated Press

Marty Schottenheimer, who won 200 regular-season games with four NFL teams thanks to his “Martyball” brand of smash-mouth football but regularly fell short in the playoffs, has died. He was 77.

Schottenheimer died Monday night in Charlotte, North Carolina, his family said through Bob Moore, former Kansas City Chiefs publicist. He was diagnosed with Alzheimer’s in 2014. He was moved to a hospice on Jan. 30.

Schottenheimer was the eighth-winningest coach in NFL history. He went 200-126-1 in 21 s

While reporting on his death, the Washington Post’s Matt Schudel decided to take a not-so-subtle shot by alluding to the fact that Schottenheimer’s teams “wilted in the postseason.”

Here’s the lede to the Washington Post article in question.

Marty Schottenheimer, one of the winningest coaches in the National Football League who never found success in the playoffs and failed to lead any of his teams to the Super Bowl, died Feb. 8 at a hospice center in Charlotte.

After some intense backlash, WaPo immediately changed the headline and the lede.

They changed it. Unbelievable. pic.twitter.com/ucawDcVxMC