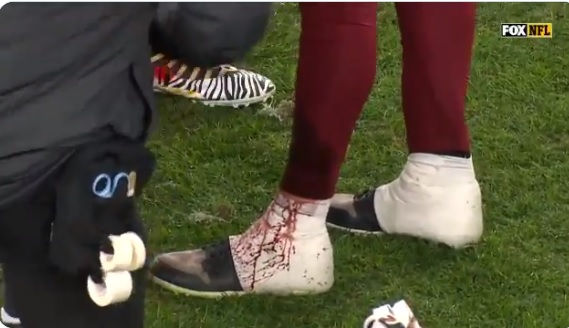 Washington QB Alex Smith sustained a strange injury in his game against the Steelers.

Right before halftime, trainers were seen wrapping Smith’s leg after it was gushing blood.

Alex Smith bleeding around his left ankle. He appeared to be "cleated" on previous drive. It is not his surgically repaired leg. pic.twitter.com/0nUNky71GZ

Apparently, Smith’s teammate accidentally stepped on him with his cleat

Looks like Smith took a cleat to the leg? pic.twitter.com/PQyDP7SqMf