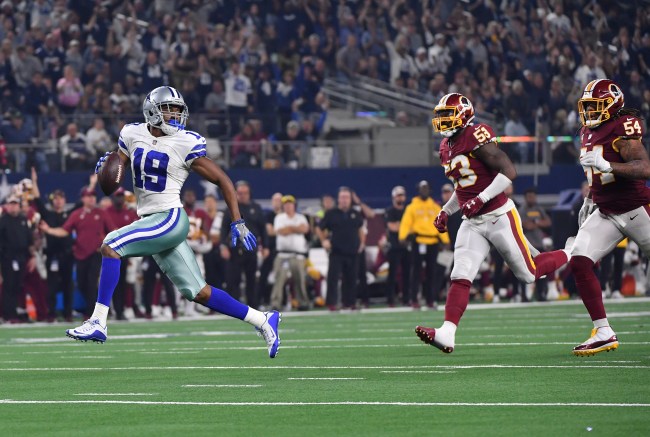 Amari Cooper got paid by the Dallas Cowboys but apparently, he turned down some big money to stay in Dallas.

The #Cowboys have reached an agreement in principle with WR Amari Cooper on a 5-year, $100M deal, source says. He never wanted to leave Dallas, and now he sticks around.

According to various reports, the Washington Redskins were very aggressive in trying to lure Cooper away from their NFC East rival but in the end not even a bigger payday could keep him from re-signing with the Cowboys.

Here’s a twist: the Washington Redskins pursued Amari Cooper today and tried to pry him away. Dallas prevailed. https://t.co/DNuD48VV0B

Cowboys WR Amari Cooper turned down “significantly” more money from Redskins to remain in Dallas with hopes to win Super Bowl here, source said tonight. Dallas is where he wanted to be. He’s coming back on a five-year, $100 million contract.

Amari Cooper said for months he wanted to remain with Cowboys. Today, that desire was tested with over-the-top money the Redskins offered. Cooper stayed true to word. Back in Dallas.