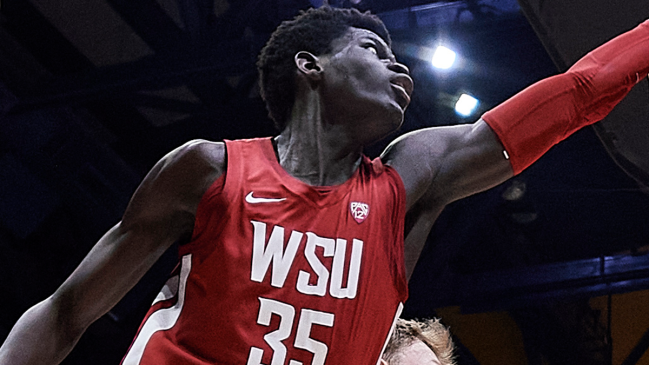 When TMZ posted the now-infamous video of Draymond Green punching Jordan Poole during a Warriors practice, plenty of people around the NBA seemed less concerned with the incident itself and more worried about the fact that someone inside the organization presumably secured a massive bag in exchange for leaking the clip.

The rationale behind that somewhat baffling form of pearl-clutching primarily revolved around the impact it could have on team chemistry and the ability to deal with similar situations internally as opposed to having them shared with the entire planet.

There were also plenty of people who suggested Poole will spend the rest of his life being known as “the guy who got punched by Draymond Green,” a reputation that could potentially be harnessed by opposing players and fans to try to get into his head.

I have to say I had a hard time buying into that argument, but I’ve had a change of heart courtesy of another video that recently surfaced showing a basketball player simply disrespecting their teammate in a slightly different manner.

If you’re not a dedicated college basketball fan, there’s a good chance you’re not super familiar with Mouhamed Gueye, the 6’11 sophomore who was born in Senegal and took his talents to Pullman last year to kick off his college career with Washington State.

Gueye’s freshman year stat line might not blow you away, but the same can’t be said for what the 19-year-old managed to pull off during a recent practice; the Cougars big man went viral after someone got their hands on a clip of him giving a teammate the same treatment Vince Carter gave to France’s Frédéric Weis while slamming home what is arguably the most iconic dunk in basketball history at the 2000 Summer Olympics.

19-year old 7-footer Mouhamed Gueye, a projected second round pick, hurdles over a defender for the strong finish at Washington State practice. pic.twitter.com/cJk9P657zF

Based on the jersey number, it would appear the teammate in question is Mael Hamon-Crespin, who is “only” 6’9″ (compared to Weis’ 7’2″ frame).

Interestingly enough, Hamon-Crespin also hails from France, which makes it pretty clear someone over there should probably figure out a way to teach players in the country how to avoid falling victim to this fate.