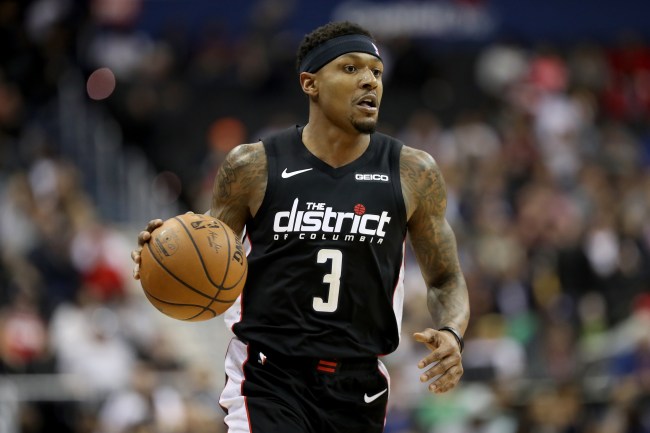 The Lakers are primed to land another superstar this offseason to pair up with LeBron James.

According to several reports the Lakers are interested in using some of their assets to land Wizards’ Bradley Beal.

The Lakers have other players they’re targeting in trades, according to league sources. Chief among them is Wizards guard Bradley Beal, though with the Wizards not yet hiring a front office honcho, no decision has been made whether to trade Beal. But LA will be in position to make an attractive offer if Beal is put on the block

According to Washington’s Ben Standig if the Lakers want Beal it’s going to cost them.

Lonzo Ball would likely have be included in any deal with the Lakers and Wizards revolving around Bradley Beal, per @NBCSWashington.

If there’s a deal with the Lakers, most sources would want Ball involved regardless of any parent distractions from his attention-seeking father, Lavar. “People just don’t grasp how good he is,” a source said.

Los Angeles owns the fourth pick in the 2019 Draft. One source views Ingram, Kuzma and four for Beal as fair value assuming Ingram, the No. 2 overall pick in 2016, is cleared medically following a blood clot scare that ended his season prematurely.

The Wizards may consider pushing the reset button this offseason after having a terrible season last year where they underperformed and missed the playoffs.