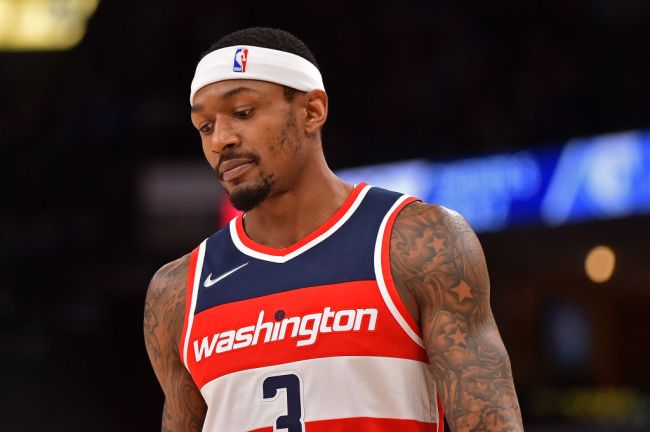 With a disappointing season in the rear-view mirror, Washington Wizards fans can now begin to worry about what the future holds. At the center of the team’s concerns about the future is whether or not Bradley Beal will remain a member of the team.

Beal has a player option for the 2022-23 season to stay with the Wizards that is worth $36.4 million. Yesterday, it was reported that Beal had opted to decline this final year in his contract.

Source: Wizards star Bradley Beal will decline his $36.4 million player option for the 2022-23 season and become an unrestricted free agent this summer, @hoopshype has learned. More on Beal’s future, Bobby Portis, Nicolas Batum, and others in the story. https://t.co/sT8KU2qBUr

There was just one issue with the report. Bradley Beal was seemingly completely unaware that he had declined his player option.

Bradley Beal has spent all 10 seasons of his NBA career with the Washington Wizards and has truly taken over as the team’s star since John Wall’s departure. During the 2019-20 and 2020-21 seasons, Beal topped 30 points per game and finished second in the league in points per game in each of those seasons.

Unfortunately, the Wizards franchise hasn’t been quite as impressive in the last few years. The team hasn’t finished above .500 in any of their past 4 seasons and has only made a 5 game cameo appearance in the playoffs in that stretch.

There have been rumors that Beal could look to find a team that would give him the chance to compete in the playoffs if he were to reject his option, but based on his tweet, it would seem that he still hasn’t made a decision on whether he wants to leave the Wizards this offseason.