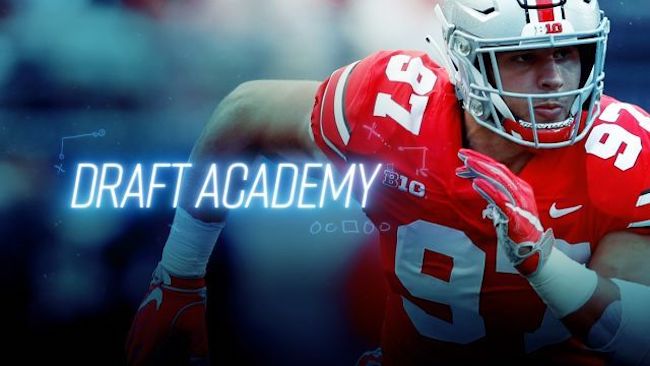 ESPN+ continues to bring some of the most exclusive, custom and behind-the-scenes sports content to its platform for sports fans to digest, and it doesn’t get much better with the slate of shows leading up to this week’s NFL Draft. With all eyes on what might happen at one of the NFL’s biggest events of the year, ESPN+ is set to wrap up its second season of the popular show Draft Academy, which follows the journey of some of the top prospects of this year’s NFL Draft like Nick Bosa, Drew Lock and Marquise Brown, among others.

While Draft Academy: Season 2‘s first six episodes are already available on ESPN+, the final two shows, episodes seven and eight, are set to air on April 25 (the first night of the NFL Draft) and May 2, respectively. This means anyone with an ESPN+ subscription gets over-the-top coverage from the next wave of NFL stars, watching players train and prepare for the biggest night of their lives.

As most of us know by now, ESPN+ has become the go-to subscription service for streaming unique and original sports content. Whether it’s the aforementioned Draft Academy: Season 2, or the popular show Detail — where legendary athletes Kobe Bryant and Peyton Manning breakdown film — the content is unmatched anywhere else. Plus, there’s live sporting events like MLB baseball, the NHL Playoffs and, of course, ESPN+ is the exclusive home for all things UFC.

Remember, though, to actually take part in all this action, you’ll need ESPN+. Here’s a friendly reminder that ESPN+ offers a FREE 7-day trial, meaning you can get all the content you want from the sport without committing too much.

While that’s awesome, for those who decide to stick around after the free trial, ESPN+ is just $4.99/month, allowing you to stream loads of exclusive content at your fingertips.

The NFL Draft gives us a crop of new hopeful superstars. It allows every NFL fan to be optimistic about who might become a Pro Bowler, superstar and, just maybe, a Hall of Famer one day. Thanks to ESPN+ and its exclusive look at the top prospects in the draft with Draft Academy: Season 2, fans can follow the entire journey of these players and see how their lives change, if at all, once they reach star status in a few days.

With a FREE trial and a price of just $4.99/month or $49.99/year after the 7-day trial, what’s stopping you from getting streaming sports coverage like you’ve never had before?