Wayne Rooney’s Wife Blocked All But One Person On Instagram For Five Months To See Who Was Leaking Stories, Turns Out It Was Jamie Vardy’s Wife 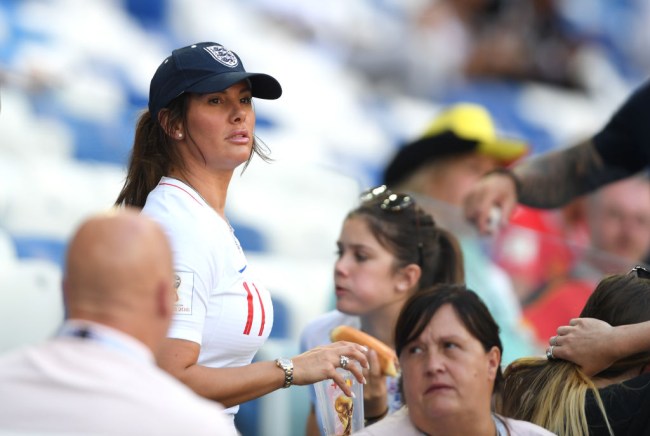 It appears as if Coleen Rooney just pulled off the ultimate long-game investigation trying to find out who had been leaking ‘false’ private stories to the press.

Coleen, the wife of D.C. United player and former England standout Wayne Rooney, took to Instagram to tell the world about her investigation into the matter.

“To try and prove this, I came up with an idea. I blocked everyone from viewing my Instagram stories except ONE account…Over the past five months I have posted a series of false stories to see if they made their way into the Sun newspaper. And you know what, they did!”

“Now I know for certain which account/individual it’s come from. I have saved and screenshotted all the original stories which clearly shwo just one person has viewed them.”

Yep, it turns out the wife of Jamie Vardy of Leicester City and England is the culprit here.

Holy hell, talk about using Instagram in an absolutely diabolical, kind of brilliant and maybe a little sad way. Shout out Coleen for thinking this stuff up after she was clearly pissed off about the leaked stories and seemingly getting to the bottom of it.

One of the leaked stories included an apparent “gender selection” treatment in Mexico, but apparently, that was all made up to try to find the leaker.

Coleen deciding to publicly call Rebekah out to her 773k Instagram followers is a savage move. Her account is 90% pictures of her four boys and then boom, there’s this bomb of an accusation. Coming up with a bogus gender selection story treatment taking part in Mexico seems a little bit over the top as well, but sure.

Rebekah then posted a note to her Instagram shortly after the two talked on the phone about the accusation. She, of course, wished Coleen would have talked to her in person about it, which would have been the adult move in this case, but it’s 2019 and Instagram posts allow us to not interact with humans.

Rebekah also said that it wasn’t her due to the fact various people have had access to her Instagram account, so she pulled out that card.

What I take away from that entire post is the “I liked you a lot Coleen,” peep the past tense there. Rebekah is done, she doesn’t have time for all of this as she’s pregnant and her husband’s team is chasing a Top Four spot in the Premier League.

Now all we need to know is how Jamie and Wayne think about all of this. I imagine them not being in the loop of it at all and finding out just like the rest of us and the two calling each other up and sayaing ‘look mate, I don’t know what the hell they’re doing.”

Twitter of course had a field-day with this one.

I knew it was you, Vardy. pic.twitter.com/h5oMOCqsKZ

This is build up play is better than anything Man Utd have created in years. https://t.co/SQLz5xMW7c