Wayne Rooney Was Responsible For The Most Ridiculous Last-Second, Game-Winning Goal You’ll Ever See 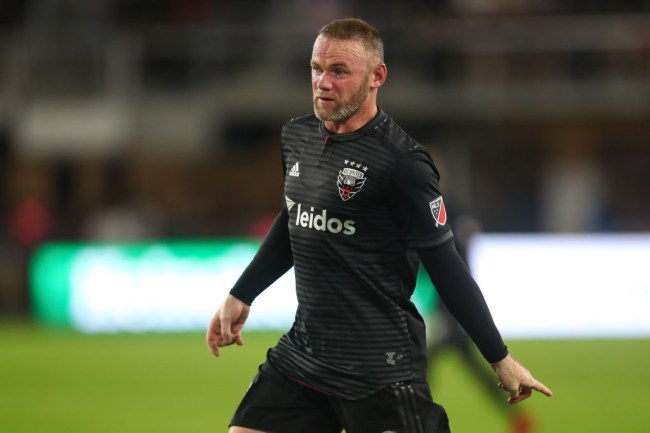 You’d be forgiven if you weren’t aware Wayne Rooney currently plays for D.C. United in the MLS because I don’t expect the average person to know where former European stars are playing during their golden years.

Rooney, by most accounts, was very good at soccer when he was in the Premier League.

Farewell @WayneRooney. What a tremendous career!! ❤️😍
HQ: https://t.co/S6TbxQHAEt
Would highly appreciate retweets as I'll post from now on pic.twitter.com/kmRdO9DVQR

However, all good things must come to an and, and earlier this year Rooney decided to follow in the footsteps of Zlatan Ibrahimović and that other soccer player who was married to one of the Spice Girls by taking his talents to America.

You’re also forgiven if you didn’t know D.C. United had a game against Orlando last night because I also don’t expect the average person to even know when the MLS season takes place.

However, even the biggest soccer hater has to recognize talent, and Rooney’s was on full display last night.

With the seconds ticking down (or up, I guess)  in extra time, United was awarded a corner ahead near the final minute and pulled their goalie in a tie game to take advantage of their opponents only having ten men on the field.

However, they were unable to convert and the ball was cleared, giving an Orlando player the chance to take a shot at the empty net.

Unfortunately, Rooney had other plans.

Wayne Rooney is not human 👀 pic.twitter.com/pwWE67aoSw

I don’t exactly keep my finger on the pulse of soccer, and while I’ve watched plenty of bicycle kick compilations on YouTube and scored some pretty ridiculous goals in FIFA, this might be one of the most impressive sequences I’ve ever seen on the pitch.

The tackle. The cross. The header. If watching that didn’t make you a little bit tingly then your emotions might not be functioning correctly.

That’s the kind of play that makes the beautiful game so beautiful.

Soccer might want to look into making every single game end this way because I’d definitely start watching more.