It’s Time We Start Showing Webb Simpson The Respect And Attention He’s Not Only Earned, But Deserves 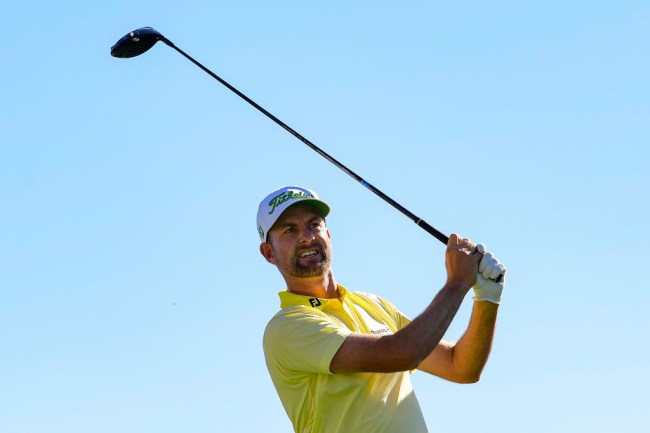 He isn’t flashy, he’s not long off the tee and he may come off as a boring guy to most, but that doesn’t mean Webb Simpson doesn’t deserve some serious respect and attention.

Simpson’s come from behind win on Sunday at the Waste Management Phoenix Open was the perfect representation of how the 34-year-old goes about his own business and flies under the radar all while being a stone-cold killer at the same time.

Throughout the entire final round, all the attention was on Tony Finau, who led the tournament for most of the day chasing his second PGA Tour win. While all the momentum and eyes were on Finau to finally break his dry spell, Simpson was quietly doing his own thing to stay within striking distance throughout the day.

Simpson’s moment came on the driveable Par 4 17th. Trailing by two at the time and just after Finau found the fairway bunker off the tee, Simpson pulled driver and drove the green. He needed a birdie to keep his playoff hopes alive and did just that with a two-putt while Finau walked away with a par.

Even then, just one shot back standing on the 18th tee, the broadcast and the rest of the golfing world had Finau practically hoisting the trophy already. Simpson had different plans, however.

Finau pounded a drive and flew Simpson’s tee shot leaving just a flip wedge into the green. Simpson threw a wedge of his own to 17 and a half feet before Finau hit it inside nine feet, but above the hole leaving himself a slick, sliding putt.

It wasn’t until after Simpson sunk the must-make birdie putt that Jim Nantz and Nick Faldo in the booth along with the majority of golf Twitter had that aha moment that Simpson could spoil the Finau party. Finau went on to miss his birdie putt which took things to a playoff in the desert.

A nice little birdie-birdie-birdie (1st playoff hole) finish for Webb to pull off the come from behind win over Finau. Strong stuff.
pic.twitter.com/QwGbyR6uPV

The two went back to the 18th tee, Finau found a bunker off the tee while Simpson gave himself a nearly identical putt for birdie on the final hole yet again. Finau missed his birdie try while Simpson drained his and the come from behind win was complete.

Sure, maybe you can argue that Finau royally messed up the final stretch of holes on Sunday, but you can’t take away anything from Simpson’s birdie-birdie-birdie finish en route to the win.

Simpson’s win at Waste Management marked his sixth win on Tour and moved him from 11th to 7th in the Official World Golf Ranking; not too bad for ‘the boring guy.’

His early-season win is special, of course, but if you look at his finishes so far this year it shouldn’t come as a surprise he found himself in the winner’s circle on Sunday. In his last five starts on Tour, his worst finish was a T-10 at the Hero World Challenge; five Top 10’s and three Top 3’s is a pretty strong start to the new season.

Simpson has finished inside the Top 3 six times since June 1st of last year, which is the best mark of any player on Tour in that timeframe. If we want to look at a statistic, he’s finished inside the Top 30 on Tour in strokes gained: total six times since his 2012 U.S. Open title, which isn’t too bad for a player who’s never sniffed the Top 75 in average driving distance. He’s undoubtedly one of, if not the most, underrated golfer on Tour.

There’s also the fact that he ran away with The Players in 2018 and won the U.S. Open back in 2012. Speaking of majors, he hasn’t missed a cut at a major since the 2017 Masters and has finished inside the Top 30, including a T-5 at last year’s Masters, over the last eight major championships.

Maybe it’s because he only has six trophies on his shelf, perhaps it’s because he doesn’t truly content week after week or that most guys on Tour out-drive him by 15 yards while he plots his way around the course, but it’s time to start circling Simpson’s name as one of the game’s best at the moment.

His career earnings of over $38 million may even say he’s been one of the best players on the planet for quite some time.