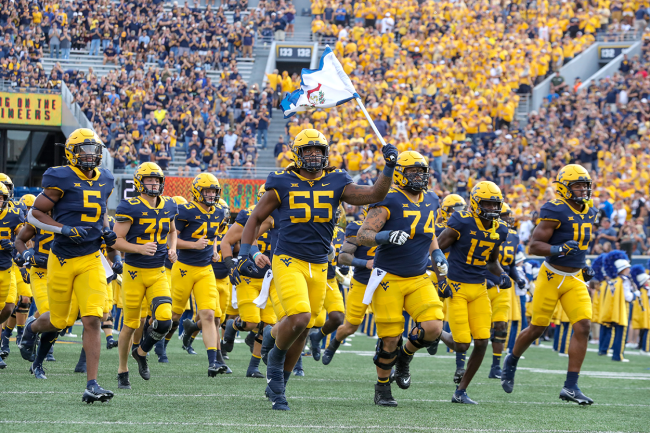 West Virginia University and the University of Pittsburgh do not like one another. The rivalry is very real and when the two teams get together on the gridiron, there is serious beef amongst everybody involved.

Called ‘The Backyard Brawl,’ it is the 14th-oldest rivalry in the United States and dates back to 1985. Over the course of 104 all-time meetings, Pittsburgh currently leads the series 61-40-3. However, West Virginia has won seven of the last 10 games.

It has not been played since 2011, but that is set to change this fall. The Mountaineers and Panthers are set to renew their rivalry to open the season on September 1, 2022.

On June 20, 1863, the Federal Government recognized West Virginia as an independent entity from Virginia. And in celebration of West Virginia Day on Monday, the team announced new uniforms for when the Mountaineers take the field in Week 1. They are beautiful.

West Virginia’s uniform will feature a white jersey, white helmet and white pants with blue and gold trim throughout.

West Virginia, these are for you. pic.twitter.com/jahrJ8OxRr

The helmet is the focal point of the kit and features an outline of the state of West Virginia with the school’s signature WV logo inside of the state.

The shoulders also have a unique feature to them. They are solid blue with a road map of Interstate 79 and the famous “country roads” that lead in and out of Morgantown.

All roads lead to the brawl. pic.twitter.com/VnBEJ6h2aJ

Head coach Neal Brown, who will be coaching in his first Backyard Brawl, is thrilled with the new uniforms. And rightfully so.

“It will be neat for our players to wear this special edition Country Roads uniform and to experience the rivalry with Pitt, this game is good for college football, and I know our players and coaches are looking forward to visiting Heinz Field and renewing this historic game.”

The tension will be high when Pittsburgh and West Virginia take the field in September. And these new alternate uniforms only add to the excitement, they are straight flames.