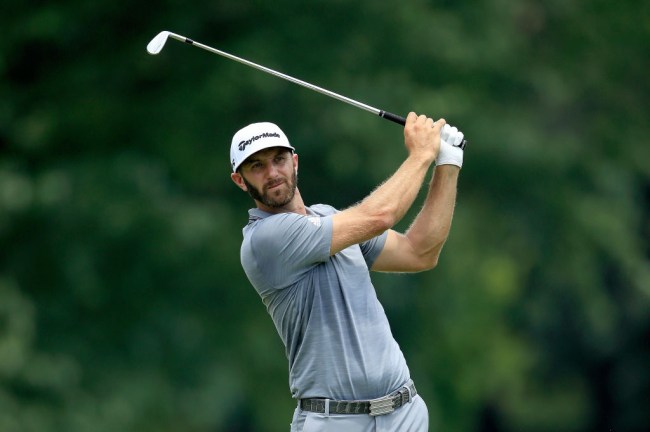 Last week all eyes were on a rainy, chilly Northern Ireland for The Open and now the attention moves to a hot, humid Memphis for the WGC FedEx St. Jude Invitational.

Having a WGC event the week after a major played overseas – over 4,000 miles away – seems a little odd, but then again it keeps some momentum for the schedule as well. Most of the top names in the game will be here this week outside of Tiger Woods, Francesco Molinari and Rickie Fowler plus it’s one of the biggest purses on the PGA Tour at $10.25 million with the winner taking home a cool $1.845 million.

With it being a WGC event this week the field is made up of only 64 players and there is no cut.

TPC Southwind has been a permanent stop on Tour for 30 years, the only real change – outside of the strengthened field – is that the regular St. Jude event was promoted earning the WGC title.

In the past we’ve seen the FedEx St. Jude Classic on the schedule the week prior to the U.S. Open, only this year we’ll see TPC Southwind the week after a major.

The water-hazard filled track will stretch to 7,244 yards, but the Par 70 will feel and play longer than that. The Par 4’s are the real story of the course as there are eight that will play over 450 yards. TPC Southwind has been one of the more difficult regular stops on Tour in years past and this year should be no different.

The Par 3 11th is one of the signature holes on the course with its island green while the Par 4 18th stands as a make or break finishing hole with a tough tee shot with water down the left chasing all the way up to the green.

It’s Zoysia fairways and Bermuda greens at the Memphis stop.

DJ lit Southwind on fire a year ago on his way to a six-shot win at 19-under. He also won the event in 2012 showing he’s more than comfortable here. Strokes gained: approach and strokes gained: tee-to-green have been the key stats for contenders here in years past and Johnson enters the event ranked 16th and 5th on Tour, respectively.

Johnson’s last win was a WGC event in Mexico back in February, 11 starts ago, so it honestly feels like it’s been too long since we’ve seen the No. 2 player in the world in the winner’s circle.

The 2016 Masters champ practically disappeared after putting on the green jacket, but has recently caught a bit of fire over the last month.

Willett found a bit of form at the PGA Championship finishing T-41 before following that up with a T-27 finish at the Memorial before three straight Top 12 finishes over his last three starts including a T-6 finish last week at Royal Portrush.

He is making his debut here which is something to keep in mind, but he’s been playing very good golf as of late.

JT is trending in the right direction, and it’s cliche to say ‘he seems like he’s still one week away from a win,’ but that’s the direction I’m going.

Thomas seemed a lot more comfortable at last week’s Open (T-11) as he’s getting back to a regular swing of things since his wrist injury, but the putter hasn’t caught up with the rest of his game just yet. He ranks 170th on Tour in strokes gained: putting and 159th in three-putt avoidance.

Once that putter does show fire then watch out, but I don’t see it happening at TPC Southwind.