Will J.J. Watt Make A Good ‘Saturday Night Live’ Host? Let’s Look At How Other Athletes Have Fared 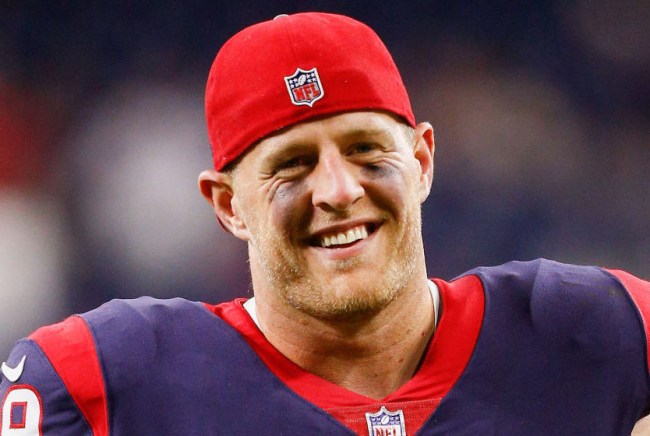 On Tuesday, we learned that Houston Texans defensive end J.J. Watt will be hosting an episode of Saturday Night Live on February 1st to give us a bit of an appetizer the night before Super Bowl LIV.

I’m sure Watt would rather be getting psyched up for a shot at a championship, but hey, I guess SNL hosting duties are a pretty cool consolation prize.

So how will Watt fare? It’s tough to say. Athletes have a spotty track record when hosting in Studio 8H. Some have shown off considerable comedic chops while others…well, have not.

We might not be able to predict what the future holds by looking back at the past but let’s hop in the time machine anyway to see how other athletes have fared when they’ve been invited to 30 Rock.

Barkley was the last athlete to host SNL before Watt after getting the nod two years ago. The former NBA All-Star is one of the most prolific athlete-hosts in the show’s history and has been given the honor on four occasions stretching back to 1993.

If you’ve watched any basketball coverage on TNT, then you know It’s no secret that Chuck has a great sense of humor. Over the course of his appearances, Barkley has played himself, original characters, and even done an impression of his co-host Shaquille O’Neal, which is a top contender for the best of the many sketches he’s been in.

The Great One himself hosted Saturday Night Live in 1989.

Gretzky had just wrapped up his first season as a member of the Los Angeles Kings, where he played directly in the gut of the Hollywood machine. However, a second-round playoff exit at the hands of the gloriously mustachioed Lanny McDonald and the Calgary Flames—the eventual Stanley Cup Champions—meant that Gretzky had an opening in his schedule in early May.

In addition to his superhuman hockey sense and playmaking ability, Gretz has some decent acting chops. It’s tough to find the entire episode online, but in a 2014 appearance on Conan, Gretzky reflected on his week in New York City and recounted the way he found out he’d be hosting the iconic show.

I couldn’t believe Brady has only hosted SNL once and was more surprised to learn it happened nearly fifteen years ago.

The Patriots legend helmed the show on April 16, 2005 and the cast was absolutely loaded when he was hosting. It was a veritable murderers row of hilarity that included the likes of Tina Fey, Seth Meyers, Chris Parnell, Will Forte, Maya Rudolph, and Keenan Thompson.

While Brady is by no means the greatest actor in the world, he was a serviceable host (even if that was a byproduct of that season’s strong cast). Brady did, however, manage to pull off the incredible acting challenge of playing a guy who can’t throw a pigskin to save his life.

Of all the athletes who have hosted the show, only three have been women. The first was tennis player Chris Evert in 1989 and the most recent was Ronda Rousey in 2016.

Sandwiched between them was figure skater Nancy Kerrigan, who hosted the show in March 1994, just weeks after the Winter Olympics in Lillehammer—an event that was overshadowed by the Tanya Harding-related riff-raff that led up to it.

One of the qualities that makes for a good host is the ability to poke fun at embarrassing or controversial aspects of their lives and that’s exactly what Kerrigan did in her opening monologue. It didn’t produce any classic sketches but it was still a solid showing.

While it’s great when people come off as genuine, it’s often funnier when they play against type.

Peyton Manning was given hosting duties during the show’s 32nd season back in 2007. He was nearly a decade into his career at that point and had a wholesome and squeaky clean reputation. As a result, his sketch parodying a United Way Commercial where he is an unapologetic ass to a group of children became an instant SNL classic.

Peyton hasn’t hosted the show since then but his brother Eli was given the honor in 2012. However, he failed to measure up to his older sibling.

King James is another athlete who is so media-savvy that I was kind of surprised that he only hosted once all the way back in 2007.

James demonstrated some strong comedic chops and a willingness to try even the weirdest of sketches including a Will Forte vehicle called “The Lyle Kane Show” (a sketch that I can find virtually no trace of online, although I swear it was real and not some sort of a bizarre fever dream).

One of the more memorable sketches from that week involved James having to contend with a wannabe basketball player played by Jason Sudeikis while he tries to shoot a PSA to promote reading. Anyone who watched that when it aired shouldn’t have been surprised he’d eventually go on to crush it in Trainwreck.

When you take everything into consideration, it seems like Peyton Manning set the bar any athlete who hosts SNL will have to try to measure up to, but if Watt can come even fairly close, we should be in for a good time.