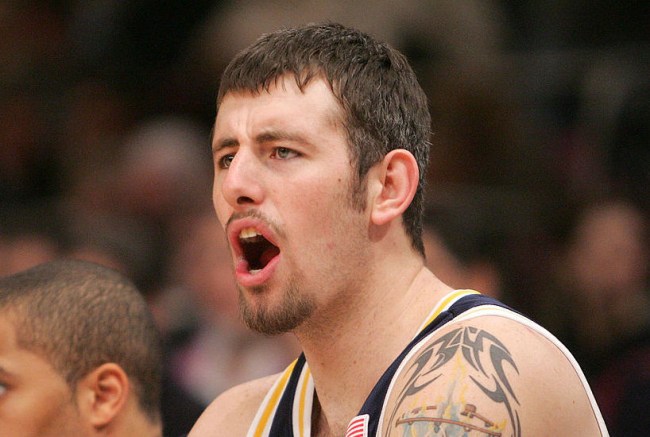 During any other year, March Madness would be in full swing, but with the NCAA Tournament getting canceled, college basketball fans have had to figure out how to get their fix, whether it involves getting way too invested in brackets that have nothing to do with sports or watching a simulated version of hypothetical showdowns being played on NCAA College Hoops 2K8.

With nothing to look forward to, I figured there is no better excuse to reflect on the past, and as a result, I’m planning on spending the next couple of weeks answering “Hey, whatever happened to that guy?” by looking back at some forgotten March Madness legends.

I’ve already put together a fairly sizeable list of guys who temporarily became household names before fading into obscurity, but when it came to picking one to kick this series off, there was one obvious choice: West Virginia University’s Kevin Pittsnogle.

When the Martinsburg, West Virginia native joined the Mountaineers in 2003, it’d been five years since WVU had made it to The Big Dance. That drought would continue during his first couple of years at the school, and while he started 29 games as a freshman, the big man would see his playing time steadily decline until he was tapped to replace the team’s starting center after he was sidelined by an injury in the latter half of the 2004-05 season.

There’s nothing people love more than a Goofy White Dude (which I genuinely consider a term of endearment) and the 6’11” Pittsnogle was an archetypal one thanks in no small part to his signature goatee and incredibly on-brand tattoos.

Pittsnogle’s contributions during his junior year—including his absolutely absurd .426 three-point percentage—helped WVU secure a seven seed in the tourney.

The 2005 Backyard Brawl at the WVU Coliseum was an overtime classic – and Kevin Pittsnogle's 27 points helped carry the Mountaineers to victory. pic.twitter.com/R09eROd3H3

While he was relatively quiet during the team’s second-round upset of a Wake Forest team led by Chris Paul in the second round, he exploded for 22 points the following game against Texas Tech to help send the Mountaineers to the Elite Eight (where they would ultimately fall to Louisville).

By the time that run came to an end, Pittsnogle had captured the hearts and minds of college basketball fans everywhere, and while he declared for the NBA Draft when the season came to an end, he thankfully returned for his senior year to further his legend.

WVU would secure a spot in the tournament in 2006 and once again made it to the Sweet Sixteen to face off against Texas, where Pittsnogle drilled a three to tie things up late in the game only to see his college career come to an end when the Longhorns answered with a buzzer-beater.

Just like that, Pittsnogle was gone from our lives, and while he played in the G League for a couple of years, he was ultimately forced to step away from the game after gaining a large amount of weight due to issues with his metabolism.

A few years ago, I tried to find out what Pittsnogle was up to only to discover he’d apparently landed a job at a car dealership.

As of 2018, Pittsnogle had settled down in the town he grew up in and was working as a special education teacher in addition to coaching basketball while raising his seven(!) kids.

Today's POD could only be 1 person: The Man, The Myth, The Snogle – Kevin Pittsnogle.

Pittsnogle is now a special education teacher with a Grizzly Adams beard: pic.twitter.com/yxMNoUHygQ

Also, I just realized I somehow made it through this entire article without highlighting the outfit Pittsnogle wore to his wedding. Sorry about that.

If West Virginia playing Kentucky means we get to see the Kevin Pittsnogle wedding photos more, I'm all for it. pic.twitter.com/9C32x5zodZ

I honor of Kevin Pittsnogle being inducted into WVU Hall of Fame, I leave you with his wedding picture. pic.twitter.com/P2CcMh4GgR

Kevin Pittsnogle may be gone, but as long as I’m alive, he’ll never be forgotten.