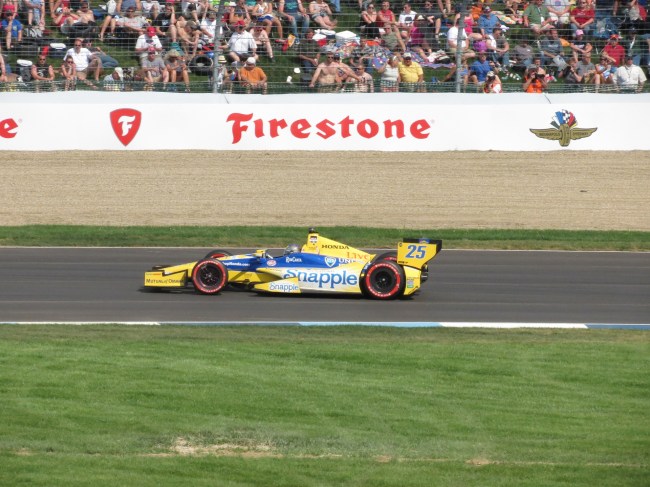 It can be fairly difficult for a first-time racing fan to grasp why auto racing is a team sport. It’s easy to understand that there’s a pit crew who swap out tires and refill gas but that doesn’t feel like a team when they’re doing work for 3-seconds at a time while the driver is putting in hundreds of miles on the track by himself.

So a good way to illustrate how racing really is a collaborative team sport is by explaining the role of a ‘spotter’. This is the person who helps drivers avoid race-ending crashes and make moves on the track to win tight races. They are constantly scanning ahead and behind the car for anything out of the ordinary to alert the driver and help guide them through any potentially disastrous situations on the track.

Bobby Dalzell is an IndyCar spotter and in 2019 he helped Canadian driver James Hinchcliffe make the single-largest position jump in a race that season. Dalzell helped Hinchliffe advance from a starting position of 32nd all the way up to 11th overall in the Indianapolis 500 presented by Gainbridge in 2019, so you can trust that he’s quite good at his job.

Here’s Dalzell breaking down the role of a spotter in racing, it’s a quick sports fix for anyone like myself who’s ready for the IndyCar season to get started.

Their role isn’t dissimilar from a coxswain in rowing. They are constantly updating the driver with what’s going on around them and helping execute the race plan. And basically, if you knew absolutely nothing about racing before this you can now walk into a conversation about the sport and know less than nothing. That’s where we’re at today. Raising the bar juuuuuuust a little bit.

Insider released another racing video recently that I think you gents will enjoy. It breaks down what makes the 24 Hours of LeMans one of the greatest events in sports. Check it out:

Side note: the Formula One season kicks off in Austra on July 3rd. You can check out the confirmed 2020 Formula 1 racing dates right here.