What’s The Minimum (And Average) NFL Salary? Here’s A Breakdown Of How Pro Football Players Are Paid 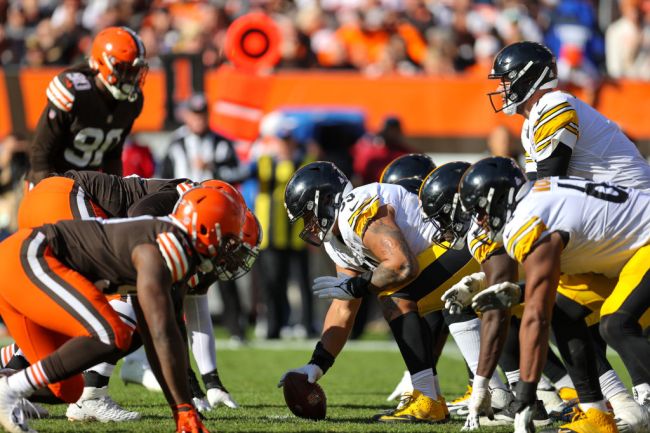 NFL contracts—like the Electoral College, Daylight Savings Time, raccoons, and burger joints that make you pay extra for fries—don’t really make a lot of sense. I’ve heard people joke about how NFL contracts (like Bill Belichick’s resignation letter to the Jets) might as well be written on napkins because of how flimsy they are—which is funny because it’s true.

For example, a deal worth $30 million over four years sounds pretty delightful at first glance. However, there’s a good chance “only” $22 million of that number is guaranteed, with the other $8 million consisting of a signing bonus and other compensation concerning incentives related to performance or the number of games played.

That’s still not bad; a person can make a nice life for themself making that kind of money—assuming you make it all four years. That contract probably has an opt-out clause, which means a team can cut you whenever it wants. If that happens, a player likely keeps that guaranteed money, but any of those bonuses are out the window.

If there is a lesson here, it’s that if you’re looking for real financial security, you should learn how to play baseball or basketball and pursue an NBA or MLB career.

The mystifying voodoo of NFL contracts always remains a hot topic of discussion, especially around the trade deadline or when a notable player of note gets cut and fans start wishing upon a star that the star will sign with their team. It’s a topic that usually spawns discussion concerning the terms “dead money” and “against the salary cap” and “restructuring,” which can make those conversations seem fairly alien to even the most casual fan.

Thankfully, there’s one that’s decidedly less mystifying: the minimum NFL salary. With that said, it’s still not as straightforward as you might think, so here’s a breakdown of exactly how it works in addition to some other Fun Facts about how much pro football players get paid.

What is the minimum NFL salary?

Once a player hits four years in the league, they’ll rest easier knowing their minimum salary is $900,000. However, if they can’t perform well enough to get a merit-based raise, they’ll have to wait until their seventh season to finally crack the million-dollar mark (a number that currently sits at $1.075 million). You’d be hard-pressed to find anyone who’d complain about making that much on a yearly basis, but you’ve also Officially Peaked once you’ve reached that point, as you won’t benefit from any CBA-mandated raises for the rest of your career.

Who is the lowest-paid NFL player? 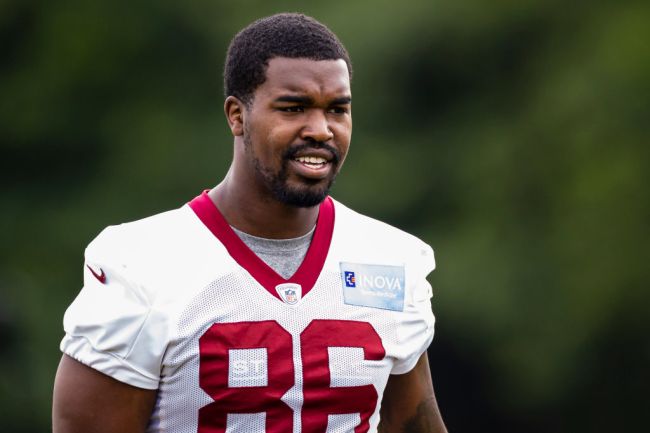 At the start of the 2021 season, there were over forty players making the league minimum. Chances are you only know one of these dudes if they play for your favorite team (and even, then it’s probably a stretch). How many Packers fans out there know who Chauncey Rivers is? Hey Lions fans, any of you big Charlie Taumoepeau heads? If so, I’d love to know how to pronounce his last name.

Now, seeing as how we’re talking NFL contracts, figuring out who the lowest-paid player is fairly complicated, as it requires you to wade in the murky waters of the practice squad ecosystem (a topic which I’ll elaborate on in a bit—and if you want to see just how murky they can be, there’s no better example to examine than the recent case of tight end Tyrone Swoopes.

Swoopes was first signed by the Seattle Seahawks as an undrafted free agent in 2017. He spent three years with the team that saw him repeatedly bounce back and forth between the 53-man roster and the practice squad, which ultimately netted him $495,065.

After spending a little over a week in Philadelphia in an unsuccessful bid to make the regular season roster in 2020, he headed to Washington D.C. to serve as a member of the Football Team’s scout team (and made $16,000 in the process). He did sign a contract worth $780,000 in the offseason, but none of it was guaranteed, and he all but guaranteed he’d receive none of it when he declined to show up to training camp over the summer.

To complicate the matter further, players with a multi-year deal can technically make less than the minimum NFL salary depending on how their contracts are structured. For instance, Patriots wide receiver Jakobi Meyers signed a three-year, $1.765 million deal with New England in 2019 that paid him $495,000 for his first year of service compared to $850,000, he’s slated to make this season.

I randomly picked Meyers to use as an example because he’s on my fantasy team (I would not recommend picking up a guy who just set the NFL record for most career receiving yards without scoring a single touchdown), but it just highlights the reality that trying to make sense of the intricacies of NFL salaries is easier said than done.

Thankfully, our next topic is a bit more straightforward.

How much is the average NFL player paid? 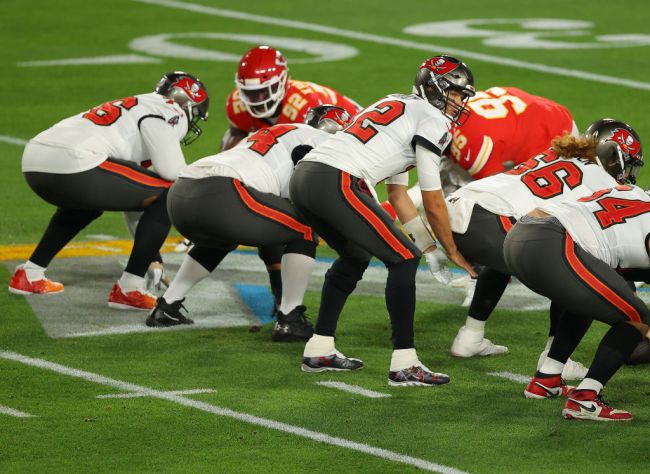 Patrick Mahomes of the Kansas City Chiefs might be having a season that could best be described as “Not Great!,” but at least that curly-haired gunslinger is getting paid handsomely. By making a league-high $45 million a year, he sits on the Elite end of the NFL salary scale compared to the likes of Bengals linebacker Jon Bachie, who is pulling in $780,000 this season.

However, anyone who falls squarely in the middle of that range is doing pretty well for themselves. According to OverTheCap, the average NFL salary is about $20 million. Unsurprisingly, most of the highest-paid players are quarterbacks, which is why it should come as no surprise it’s also the most lucrative position in the league, as the average QB’s salary is $5.8 million.

As for the rest of the offense, you’ve got:

The best defensive players in the league don’t even come close to matching their offensive counterparts, as T.J. Watt currently leads the pack with his $28 million contract. However, as you can see guys, at every position on the opposite side of the ball do pretty well for themselves across the board:

There are also kickers and punters, who earn an average of $1.8 million and 1.4 million, respectively—and no, I didn’t forget about long snappers and their comparatively paltry $900,000 salary.

With that said, they’re still doing better than a group that gets even less respect than they do.

How much are NFL practice squad players paid? 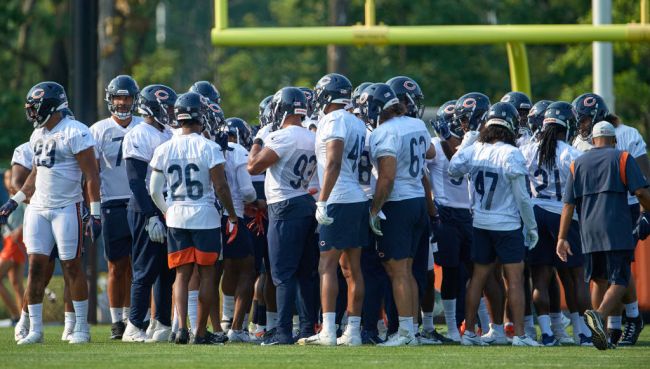 Ah yes, practice squad players; the ones you hear about from time to time when they get promoted to the active roster to make a brief appearance in our lives before vanishing into obscurity again.

Of course, a team’s practice squad can also be a landing spot for veterans looking to make a team. More often than not, it doesn’t work out all that well but every once in a while it does. For example, Le’Veon Bell joined the Ravens practice squad earlier this year and was then promoted to the active roster following a string of injuries to the team’s running backs.

Because we’re all about salaries here, Bell’s base is $1.075 million, but that’s obviously not even close to what your typical practice squad player will make.

Just like the real, actual players that they aren’t, practice squad players are separated into categories based on how long they’ve played. The first consists of rookies and players with less than two accrued seasons (defined as being on an active roster for at least six regular season games). If you’re part of that club, you’ll net a minimum player salary of $9,200 per week (or $165,600 over the course of a full season).

Again, those numbers are nothing to scoff at, but when you consider Statista estimates the average NFL career only lasts around three seasons, it’s not going to hurt to have a backup plan.