Ever Wonder What Happened To Little League Legend Mo’ne Davis? She’s Still Killing It On The Diamond 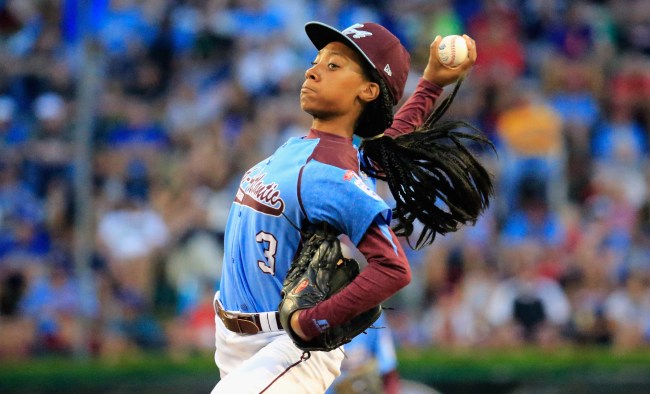 Cody Webster ended up opening a baseball academy after struggling with his fame (and opposing teams’ parents). Almonte is an assistant baseball coach at a high school in New York City (and also went through many struggles post-LLWS).

Mo’ne Davis, on the other hand, seems to be handling her post-Little League World Series success quite well. In fact, she’s doing great.

After expressing interest in playing Division I basketball, Davis announced in December that she will attend Hampton University next fall and play softball, according to The Undefeated.

“When she was younger, there was a chance that she’d be good enough,” said Mike Flynn, a national talent evaluator and a member of the McDonald’s All-American selection committee. “But things have changed. She’s older now, and the kids who were with her then, skillwise, have passed her. She’s still a Division I-caliber player, but not necessarily the type of player that UConn would be interested in.

“While she’s been playing baseball, many of the kids she was with skillwise four years ago have continued to play and concentrate solely on basketball,” he added. “That’s not a knock on her, it’s just something that happens.”

Davis, who aspires to be a broadcaster, doesn’t take the criticism personally.

This week, Overtime’s Rachel DeMita caught up with Davis (and some of her classmates) to talk about fame, sports, and her future.

Check it out. It’s very cool.