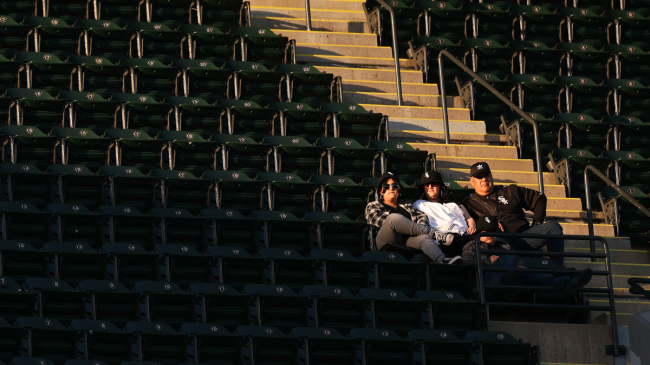 The Chicago White Sox have been surprisingly mediocre in the 2022 season. Look no further than their 81-81 overall record at the end of the year.

In a season where the team was supposed to compete for a playoff spot, Chicago finished 11 games out of the AL Central lead. A number of factors contributed to the performance. Obviously, the on-field performance was disappointing. Only two players hit .300, no one recorded 20 home runs, and the team’s ERA was nowhere near the top of the league.

Injuries were a killer, too, as the club hit the anatomical BINGO over the last calendar year.

Still, the Sox were able to accomplish a near-impossible feat, though it’s not one that many will brag about. Digging deeper, statistics show an unbelievable consistency that’s unmatched by any other team in the MLB.

could cont., out of characters

That’s the definition of ‘mid’ if I’ve ever seen one. Fans were quick to react to the unbelievable stat.

Can’t get anymore MID than this https://t.co/K2fS4rK2aY

One fan wrote, “The White Sox had a perfectly mediocre season,” which is hard to argue based on these findings.

The @whitesox had a perfectly mediocre season this year, as these statistics show. https://t.co/9Kn4tr5Yl0

Chicago fans should be used to it by now. The franchise is .500 dating all the way back to its 1978 season.

Still, it’s quite the accomplishment. We’ll see if they can keep things rolling in 2023.