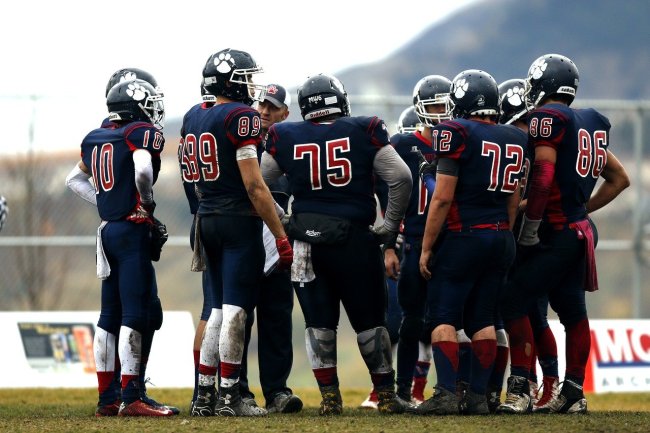 The huddle hasn’t always been a part of the game of football. It’s something so simple, and it’s something teams and fans don’t think twice about, but the story behind the invention of players circling up is an interesting one.

While many football teams nowadays have adopted a no-huddle offense, the no-huddle offense, at least some iteration of it, was common practice in the early days of the game as well. According to Mental Floss, fans even complained about the implementation of the huddle in the 1920’s because it slowed the game down.

While there are a few different stories as to when and where the huddle was first seen, the consensus is that it was first used in the 1890’s by Gallaudet, a deaf college. Paul Hubbard, the school’s quarterback, made his offense form a tight circle around him so he could sign instructions to his team without the opposition seeing them.

The huddle wasn’t the only interesting innovation Gallaudet was responsible for. The team used to use a giant drum on the sidelines that would be used for the snap count so the players could feel the vibrations since they were unable to hear the opposition’s snap count.

The giant drum is no longer, however, seeing as how a majority of the teams Gallaudet faces off against these days likely don’t know sign language so they now just sign their signals out in the open, according to head coach Chuck Goldstein.