Where Did The ‘Bicycle Kick’ Come From? The Origin Of The Most Difficult Move In Soccer 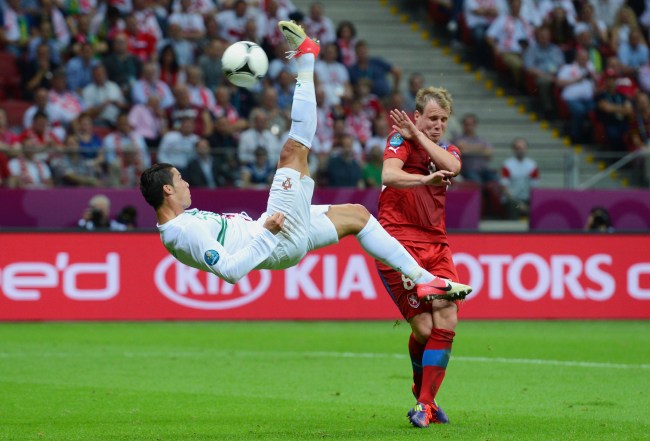 We’re knee deep in the Knockout Stage of the 2018 FIFA World Cup and we’ve yet to see a jaw-dropping bicycle kick. I actually haven’t watched *every* match, I’ve missed 4 of 5 throughout the tournament, but I’m still fairly certain we haven’t gotten a bicycle kick yet, not since the semifinals of the Champions League.

Something I’ve never considered before now is this: who invented soccer‘s bicycle kick? I’ve never stopped to think about how someone somewhere was the first person to do a flip and score a goal, and fans were treated to something the world had never seen before. The crew at Great Big Story put together this short (2min) clip that tells the murky story of the bicycle kick. Three countries claim it as their own. Chile, Peru, and Brazil all claim they invented the bicycle kick so Great Big Story tried to uncover the truth:

I’m assuming that 99% of you dudes out there have been watching the 2018 FIFA World Cup thus far. But if you haven’t, then today’s two games and tomorrow’s two games are promising to be electric. Today’s Mexico-Brazil game has the potential to be the Match of the Tournament if it lives up to even 50% of the hype fans are giving it. So tune in.