Meet Thiago Santos, The Man Who Will Attempt To Take Jon Jones Out At UFC 239 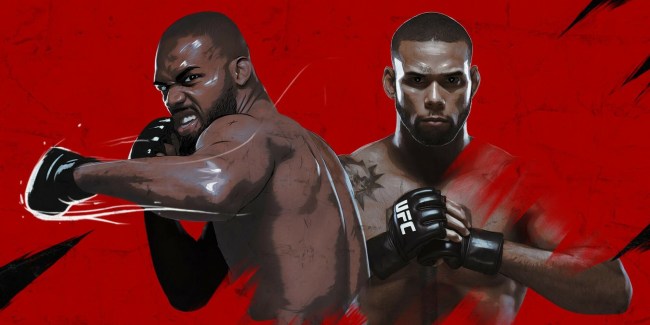 There’s nothing quite like a tattoo of a giant sledgehammer across the chest to let someone know you’re all business and very likely a bad, bad dude. UFC light heavyweight Thiago “Mareta” Santos carries the mark proudly and convincingly. Maybe it has something to do with the 11 knockouts he’s recorded in the Octagon since joining the UFC in 2013.

So who is Thiago Santos? He is a dealer of pain, an MMA mercenary so to speak, one of those guys who takes every step and makes every move with bad intentions. And, for his next act, “Mareta,” which literally translates to sledgehammer in Portugese, will take on reigning light heavyweight champion Jon Jones in the UFC 239 main event.

The path to a title shot on the UFC 239 Pay Per View main card on ESPN+ has been long and winding for Santos. A former middleweight who lost two of his first three UFC fights, Santos finally found his groove in 2015, landing those picturesque headkicks and brutal punches that every mixed martial arts fighter hopes to one day have on their highlight reel.

And then, just when “Mareta” finally cracked the UFC rankings, he dropped a pair of important fights, first getting completely manhandled by a surging Gegard Mousasi at UFC 200, then tapping out to a guillotine choke two months later.

“I think all this experience, including the defeat to Mousasi, have molded me to be ready for this moment,” explains Santos, with the help of his manager and translator Alex Davis. “[Jon Jones] has no imagination of what I’ve been through to get here, so it’s my turn now and I’m gonna win.”

To imagine how far Santos has come in the last three years is a testament to his will to survive and succeed. Born into the humblest of beginnings in the favelas of Rio de Janeiro, “Mareta” resurrected his career in the most stunning of fashions, rattling off four-straight knockouts in 2017 and 2018. But these weren’t just run-of-the-mill knockouts, these were UFC record-tying knockouts by Santos, who, along with Anderson Silva owns the UFC middleweight KO record with eight. That’s some pretty good company to keep, no doubt.

In the years since, Santos has made the move up to 205 pounds. It’s a pretty popular move these days, as the landscape at middleweight is super saturated and light heavyweight is a bit more wide open. Just recently, Anthony Smith, who actually lost to Santos back in 2018, made his way up the light heavyweight ranks to earn a crack at Jon Jones and the title, and Santos now becomes the latest challenger to jump up a weight class for a shot at the champ.

“I deserve it,” Santos adds, later explaining that the change of weight class requires “each one to figure out how he’s going to feel at this weight, with more weight, with stronger opponents. It’s a question of the individual.”

In his case, the extra weight has led to exceptional results.

Already 3-0 as a light heavyweight, Santos has knocked out all three of his opponents at 205 pounds. He’s also won three straight fight-night bonuses in the process, and those are always reserved for the most impressive and exciting performances of any UFC event, which is quite indicative of Santos’ continued domination by complete and utter obliteration.

Heading into this UFC 239 main event against Jon Jones, Thiago Santos needs to summon his sledgehammer power. It’s his best weapon against the champ. With fewer tools at his disposal, Santos must fight aggressively, with urgency and purpose if he wants to become the first fighter to legitimately beat Jon Jones. He needs to find a home for his powerful punches, and he needs to find that home fast.

It’s a longshot, of course, at least that’s what the odds say (Santos is currently listed as a +450 underdog), but that’s the fun of the fight game. No one expected world heavyweight champion Andy Ruiz, a 15-to-1 dog, to dethrone the previously unbeaten Anthony Joshua, but he did, and now, as the fight gods turn their attention to MMA and the UFC 239 Pay Per View main card on ESPN+, the question becomes, will this be the night that Jon Jones is finally beaten?

Thiago Santos sure hopes so.