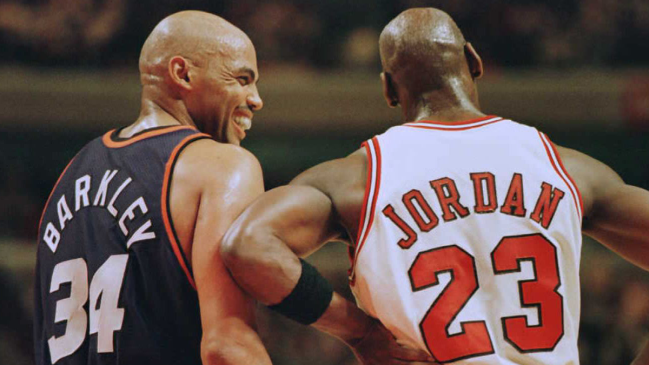 Earlier this year, a collection of the greatest basketball players to ever roam the hardwood gathered in Cleveland for a ceremony the NBA put together to commemorate the 75th anniversary of the All-Star Game, which produced a fairly awkward moment when Michael Jordan went out of his way to greet basically everyone but Charles Barkley after arriving on stage.

Jordan and Barkley had some heated battles during their time together in the league, and while they may have had their differences, the fierce competitors were still able to joke around and have some fairly innocent fun at each other’s expense back in the day.

However, that all changed after they had a somewhat public falling out after the retired big man called Jordan’s managerial skills into question while criticizing some of the questionable moves the legendary guard has made as the owner of the Charlotte Hornets back in 2012.

While Barkley attempted to qualify that statement by referring to Jordan as “one of my great friends,” the latter lived up to his reputation as one of the pettiest people on the planet by cutting off contact with his former Dream Team teammate.

Barkley addressed that seemingly untraversable rift during a recent appearance on the Let’s Go podcast where he confirmed he’s failed to make any progress when it comes to rehabilitating his relationship with the man who’s refused to speak to him for 10 years.

The famously outspoken analyst doesn’t seem like he’d take the aforementioned comments back, but he had this to say when asked if his fairly unfiltered nature has had any major ramifications:

“Michael Jordan—losing his friendship—was probably the most prominent thing that’s happened to me. But I was being honest about what I thought.

And Michael got offended about something I said about him. And we haven’t spoken in probably almost 10 years. And he was my best friend at the time. And I love the dude like a brother and we’re both stubborn and we haven’t talked.”

While Isiah Thomas made it very clear he has no plans to squash his beef with Jordan at any point in the near future, it sounds like Barkley would be more than happy to pick up where the two men left off if the opportunity presented itself.

However, if Jordan’s history is any indication, you’re probably not going to want to hold your breath.