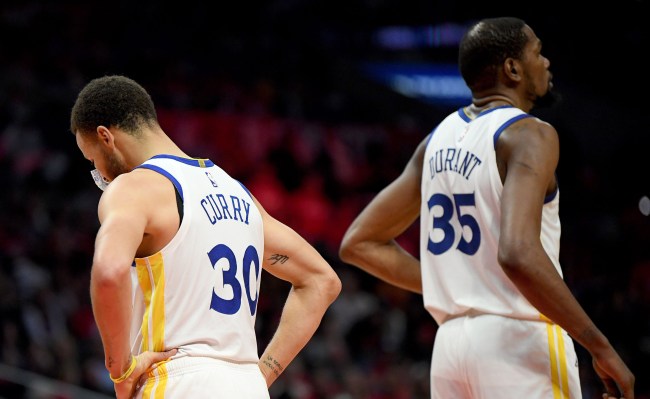 When Kevin Durant revealed on Sunday that he was leaving the Golden State Warriors to sign with the Brooklyn Nets, many NBA fans were left scratching their heads.

The Warriors have been to the NBA Finals in each of the past five years, winning three of them. The Warriors could have paid Durant the most money of any team in the league: $221 million.

The Nets last went to the NBA Finals in 2003, have never won a NBA championship, and finished 10th or worse in the Eastern Conference eight out of the last 12 seasons. The Nets will reportedly pay Durant $164 million.

Take all of those those facts into consideration and Durant leaving Golden State to go play for Brooklyn doesn’t make a whole lot of sense.

Sure, the Nets also will reportedly be signing Kyrie Irving and DeAndre Jordan, so they should be a power in the East next season. But the Warriors are already proven winners.

So why did Durant make this move?

According to Marcus Thompson II of The Athletic, it’s all about relationships.

Remember how chummy Durant and Irving were at the NBA All-Star Game back in February? That’s the kind of relationship Durant apparently never felt he had with Warriors star Steph Curry.

“He wanted that type of relationship,” a source friendly with Durant told Thompson. “It just didn’t work out like that.”

The decision by Durant revealed what he valued most: friendship. That DeAndre Jordan, another of Durant’s close friends, is also joining them in Brooklyn, reportedly, underscores exactly what was most important in Durant’s heart.

The money? He has plenty of it and will get plenty more. The winning? You can bet he is sure they are championship-worthy. The legacy? Like he said before, y’all know who he is.

It seems the real driving force was the opportunity to play with his good friends. It’s not surprising that such an opportunity matters to Durant. It always has, since he was a kid on the PG Jaguars AAU team. Camaraderie, fellowship, loyalty — truth is, these things have always been preeminent for Durant, even if some other desires and determinations tend to get in the way sometimes. He’s still a guy who wants to hoop at high levels with his homies.

If that was his greatest desire, it makes sense why he’s leaving — that was the one thing the Warriors couldn’t give him.

Thompson also cites a few other reasons: Durant and Curry being at different points in their lives – one is single, the other has two kids and a wife, the fans and media often pitting him against Curry, his sometimes strained relationship with Draymond Green, the Warriors’ system of using motion and moving the ball, but it was the fact that he could play on the same team with some of his close friends that eventually led to Durant’s decision to leave Golden State.

So now we know the why, but how that decision ends up affecting both the Warriors as well as the Nets going forward, with Durant probably sidelined for much, if not all, of next season with his Achilles injury, remains to be seen.

Read the entire piece on Durant’s decision over at The Athletic.com.