Here’s Why It’s Nearly Impossible To Score A Goal Off A Corner Kick, The Hardest Goal To Score In Soccer 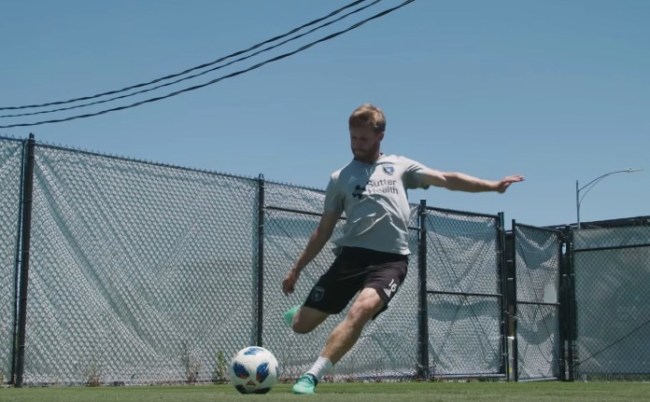 What are the rarest feats in sports? In golf, the Double Eagle/Albatross is rarer than a hole-in-one. In baseball, an immaculate inning (3 Ks on 9 pitches) is rarer than a perfect game. And in soccer, the “Gol Olimpico” or “Olympic goal” is the rarest of all goals.

The Gol Olimpico is an unassisted corner kick that’s bent into the goal. For professional soccer players, bending a ball isn’t all that difficult but with the Gol Olimpico there are all sorts of facts at play which make this the rarest type of goal in soccer. The WIRED team put together this video explaining why the Gol Olimpico is one of the rarest feats in professional sports, and I figured since we’re knee-deep in the 2018 World Cup it’d be a great time to take a look at what makes this type of goal so rare:

More often than not, when the Gol Olimpico happens it’s an accident. It’s not something that any player taking a corner kick ever steps up to the ball and thinks they can pull off, but it’s also something that just about every corner kicker has hoped for. Another cool thing about this video is how it actually goes into the physics of how a corner kick is best executed. So if you’re a casual soccer fan who hasn’t played since childhood this is actually an informative video.