Why I Hate You—Signed, A Patriots Fan 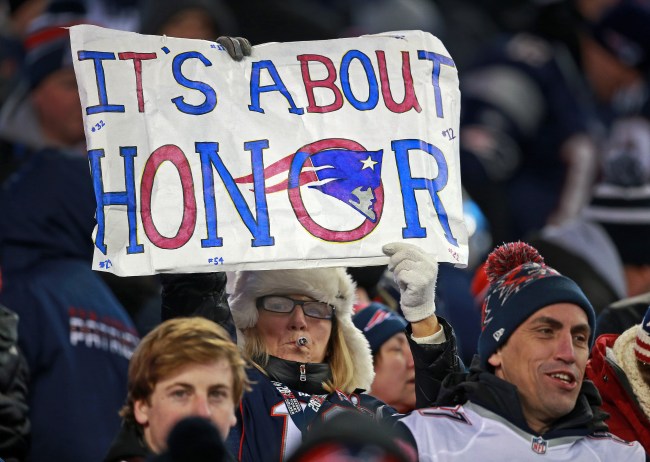 Just by clicking on this article, you probably think of me as some overzealous tool who runs on Dunkin’, idolizes the Dropkick Murphy’s, and who knows one woman who’s blown Donnie Wahlberg.

Your assessment of me, although flattering, would be false.

But maybe you’re right. Maybe I do force myself to drink Sam Adams even though it tastes like stale asparagus-infused piss. Maybe I do tell girls I was an extra in Good Will Hunting. Maybe I do have an Aunt Darlene (pronounced DAH-Leen). And maybe I did spend my honeymoon on Gronk’s boat cruise with a bunch of grown men with clover tattoos, flat-brims, and pending DUI convictions.

But here’s the thing partner.

I hate you too.

Actually I don’t even hate you. I hate how you hate me.

Your deliberate refusal to acknowledge that humanity is on the tail end of witnessing one of the greatest sports dynasties in history will forever be a stain on your personal legacy. Convincing yourselves that two decades of unrivaled human achievement can be attributed to a wonky football or the blood of Alex Guerrero or filming teams with a flip phone from space as if the Cincinnati fucking Bengals have an answer Bill Belichick doesn’t is either ignorant or stupid. And I don’t want either sitting at my lunch table.

You: “Dude you’re being unreasonable and have been loopy since going under the knife to donate a kidney to pay for your lady’s Lululemon Christmas gift. What’s really bothering you?”

I am constantly comparing myself to other people which prohibits me from living an authentic life. Thank you for asking. So few ever do…

But we must not get sidetracked with petty existential matters when we can use that energy to yell past each other because we frivolously support different collections of random men. Hooray for Escapism!

You want to know how much you hate me? You hate me so much that you’ve become a fringe Ravens fan because supporting an organization that’s constructed a statue outside their stadium of a man involved in a double homicide feels cleaner than supporting a team that offers a jersey trade-in program for its murderers.

Does anyone even care about this:

Ravens assistant coach has a… bluetooth earpiece in his ear… on the sidelines.

It’d be a shame if someone considered this cheating. pic.twitter.com/6D9ddumW2V

Just a year after the league fined the Ravens $200,000 after multiple players were using coach-to-player communication technology in their helmets, a Ravens assistant is sporting The Official Technology Of Grown Men Who Wear Jeans With Decorative Pockets.

No. And they shouldn’t.

Because football games aren’t decided by a Bluetooth headset and trips to the Super Bowl aren’t positively correlated to trips to Orchids of Asia Day Spa.

The only thing absolutely required to be as good as the Patriots are for as long as they have been is to be better than everyone else. That’s it. And to kiss your child on the mouth for a perplexing amount of time of course.

I don’t hate you, maybe one day we can be friends. But you have to stop lying to yourself about the nature of how things are.

Now if you’ll excuse me, it’s my day off so I think I’m going to break into a prestigious college and finish complex math problems for fun. Wicked normal human behavior.