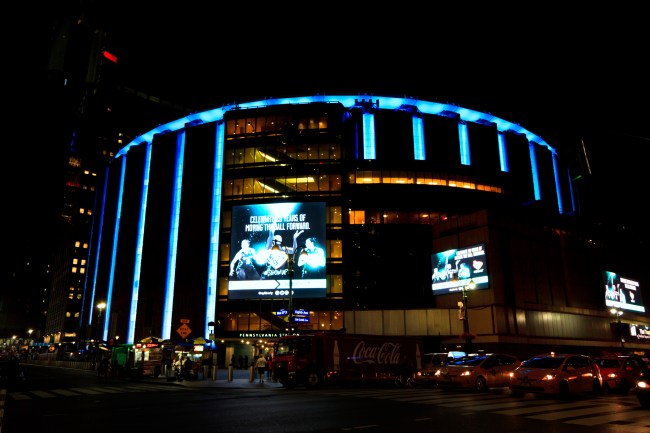 The New York Knicks were valued at $3.6 billion in 2018. They were named the highest-valued team in the NBA thanks to their $426 million revenue with $140 million operating income.

Despite five straight losing seasons in the NBA, the Knicks are still #1 followed closely by the Los Angeles Lakers with a value of $3.3 billion and the Golden State Warriors at $3.1 billion. On the surface, the Knicks’ value seems pretty obvious. They’re the primary NBA team in New York City, the largest city in America, and they’re a historically great team in the NBA. They play in Madison Square Garden, the greatest arena on earth. But is that enough to explain why they’re worth so much damn money?

The Boston Celtics have arguably as great of an NBA legacy as any team in the league and they’re only ranked 5th with a value of $2.5 billion despite making the playoffs the past four years in a row and the Eastern Conference Finals the past two years. Why are the Knicks worth the most money in the NBA despite all of the mediocrity? Business Insider Video breaks it down (with a partial transcript below).

It all hinges around Madison Square Garden, the world’s greatest arena. The arena alone is valued at $828 million and makes up 23% of the Knicks’ value. The $1 billion renovations in 2013 brought in the Chase bridges which wrap around the sides of the arena, Tao Group offers luxury party options, there are some INCREDIBLE luxury boxes on the floor, and this caused a 9% increase in value.

Another key to the Knicks’ off-court success is the organization’s fixed revenues.

Narrator: The NBA is currently in the midst of a nine-year, $24 billion national TV contract. The deal pays the NBA about $2.6 billion per year, which equals about $88.9 million per team. The payout is three times higher than the value of the NBA’s previous one and that influx of cash caused the league’s salary cap to jump. The cap jumped from $63 million to $94 million in two seasons and players’ salaries rose along with it.

One owner told ESPN, quote, “National revenues drive up the cap, but local revenues are needed to keep up with player salaries. If a team can’t generate enough local revenues, they lose money,” unquote. (via)

I’ve only been to one Knicks game at MSG that I can remember. I actually butt fumbled the game entirely. It was on Martin Luther King Day which meant the game started really early because of the holiday. I never bothered looking up game time and just assumed it’d be 7pm+ like ever other game. Flipped on my TV and saw the Knicks playing the Celtics and ran out the door in time to catch most of the second half.

You can find a full transcript of the video above by clicking that link. It’s in the description of the YouTube video if you’d rather read than listen to the clip.