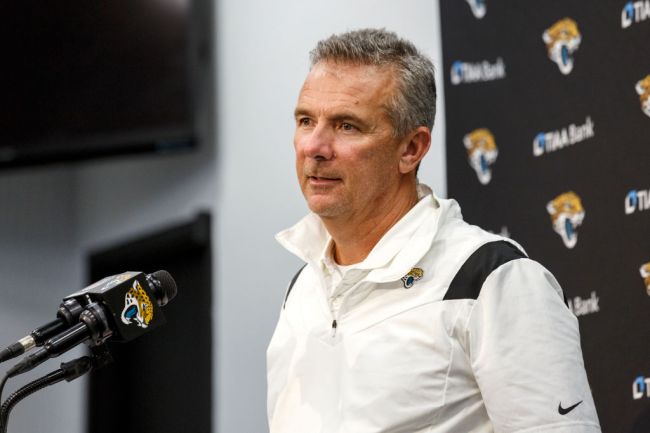 Urban Meyer didn’t have to return to coaching at any level. After he retired following Ohio State’s 2018 season, most just assumed that he would stay away from coaching altogether and continue on as a TV analyst.

Having said that, when the 57-year-old was announced as the Jacksonville Jaguars new head coach, it wasn’t all that surprising. Sure, Meyer had referenced stress and health problems that had ultimately made him retire from coaching, but the situation in Jacksonville was as good as any for a coach to test the waters in the NFL given his ties to the state of Florida and Trevor Lawrence taking over under center.

Meyer recently spoke with Albert Breer of Sports Illustrated and explained the reasoning behind his decision to get back on the sideline, and more specifically, and NFL sideline.

“I prayed hard on it,” Meyer said. “It’s funny you bring Jimmy Johnson into it. He’s been a mentor, a guy that has become a mentor. He wasn’t in my younger days, but the last couple years, I’ve always admired him, and we’ve become friends. And I just felt an emptiness, and I had some opportunities in college. And he made a comment to me, You’ve reached a point where you should just do what you want to do.

“And do I really want to go recruit 24/7 like it became? I’ve done that. I’ve always admired, appreciated and respected the NFL, and then this Shad Khan guy, once I got to know him, I mean, I love the guy. He wants to win so bad. I’ve always loved Jacksonville, Florida. And it’s like this puzzle got put together. I looked at film endlessly, saw some decent players here, and I thought, let’s go take a swing at it. That’s why we did it.”

There you have it, prayer, a mentor in Jimmy Johnson, meeting team owner Shad Khan, and a love for Jacksonville all played a role in his decision to get back into coaching.

While Meyer said the idea of not having to recruit was a big piece as well, he’ll still have his hands full to turn things around in Jacksonville. The Jags are expected to struggle again this season after a 1-15 campaign a year ago.