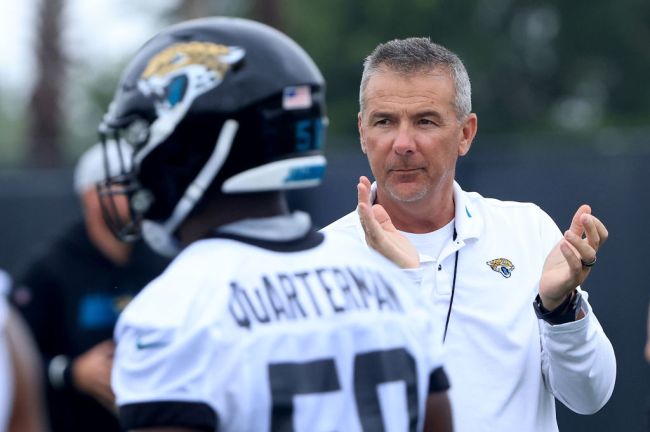 Urban Meyer is bringing some of his college coaching tactics to his first NFL training camp, including his ‘winners and losers’ drills to help decide on roster cuts.

The drills are pretty self-explanatory, as they consist of a winner and a loser, in one-on-one competitions such as blocking drills throughout practice. What follows after is a bit surprising, however.

According to ESPN, a Jaguars staff member announces the winner’s name over the loudspeaker and a running tally of each player’s record in all of these drills is recorded. The records at the end of practice carry some weight as to which players will make the final roster, and which players will not.

“I believe in, what’s your record? Every man’s got a record. What is it? You are what your record (is). If you lose a lot but you have a lot of potential, that’s not real good,” Meyer explained.

Meyer first used these drills back in 2006 when he was the head coach of Florida. He carried them with him to Ohio State as well where he used the results to determine playing time.

To be fair, it is a straightforward, simple way to keep up with player performances. There are a lot of unfamiliar players flying around at practice making it impossible for Meyer to get a good look at each guy. At the end of the day, he can look at some numbers, get feedback from position coaches, and move on from there.

The ‘winners and losers’ drills haven’t gone too well for Tim Tebow, however, as it was reported he lost a matchup to Chris Manhertz during Wednesday’s practice.