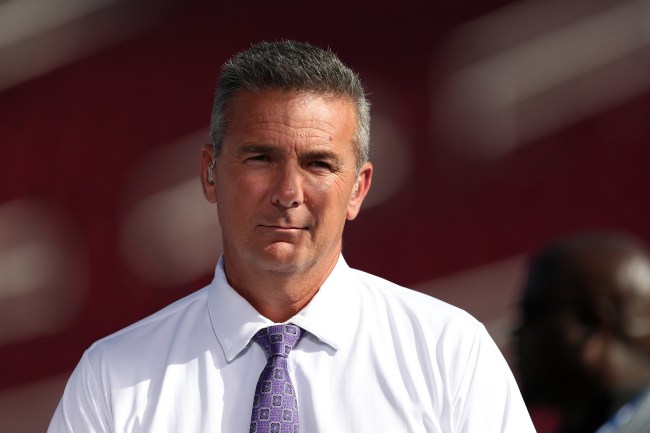 The Urban Meyer to the NFL rumors finally came to a full-stop on Thursday as the Jaguars officially announced that the former Florida and Ohio State head coach would be taking over in Jacksonville.

While the rumors of Meyer returning to the sidelines have been a thing every offseason since he stepped away from the game in 2018, this time around with Jacksonville felt different, and low and behold, he’s back in the coaching game.

It’s no secret that the Jags holding the first-overall pick for the upcoming NFL Draft, which will likely turn into Trevor Lawrence, was a major piece to this puzzle. But, this is still a team that went 1-15 last season and is going to need more than a top-tier quarterback to get back to winning.

Meyer explained why exactly he chose to accept the head coaching job with the Jags, and why he believes Duval and the city of Jacksonville deserve a chance to win.

“I’ve analyzed this decision from every angle—the time is right in Jacksonville and the time is right for me to return to coaching,” Meyer explained in a statement. “I’m excited about the future of this organization and our long term prospect for success.”

“It had to be perfect,” Meyer said in a video the team released. “This was not a knee jerk reaction. This is something I’ve been studying for a long time. Not necessarily this job, but just the NFL. The opportunity presented itself and whether it’s watching film, studying the roster, understanding the salary cap, understanding what we have available to us with the No. 1 pick, the fact that I love Jacksonville. I spent a lot of time in Florida and my family loves it here. And quite honestly, Duval and 904 deserve a chance to go win.”

"I love Jacksonville… Duval and 904 deserve a chance to go win."

Listen to @CoachUrbanMeyer discuss why this was the perfect opportunity. pic.twitter.com/XxSrkeHZmp

You have to tip your cap to the Jags in this situation. Yes, they were an abysmal football team a year ago, but it’s remarkable how they can flip the energy around the team from horrendous to exciting by getting Meyer out of retirement to take over the franchise.