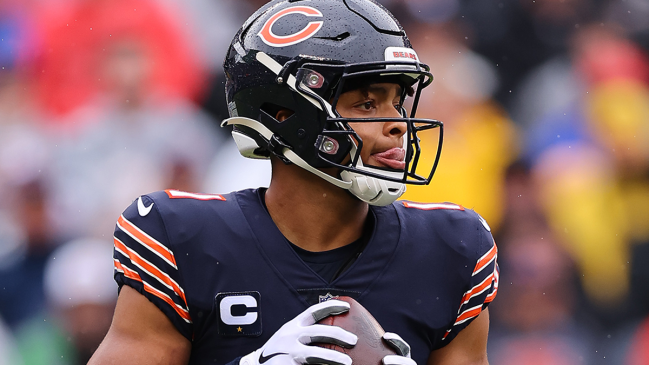 Over the summer, former Chicago Bears offensive coordinator Mike Martz issued a fairly dire warning concerning the prospects of his former franchise heading into the 2022 NFL season by saying, “I don’t know if I’ve seen an offense that bad in talent since the 0-16 Detroit Lions.”

At a quick glance, it appears the Bears have been able to prove Martz wrong, as the team is currently in a three-way tie with the Vikings and Lions at the top of the NFC North after starting the season 2-1.

It’s a bit too early to make any sweeping generalizations or definitively evaluate the talent level of the teams they’ve managed to beat (the 1-2 49ers and the 0-2-1 Texans). However, anyone who’s watched Chicago play knows Justin Fields still has plenty of work to do when it comes to earning the trust of a fanbase he was struggling to win over before he made some regrettable comments following the team’s opening week loss to Green Bay.

There were a number of factors that contributed to that defeat, but the fact that the Bears attempted a total of 11 passes over the course of the entire contest probably made the opposing defense’s job a bit easier. Chicago theoretically has some time to work out those kinks on offense, but if the team wants to avoid a similar situation going forward, it’s going to have to address an issue that’s highlighted by one of the more eye-opening stats we’ve been treated to so far this season.

Heading into Week 4, there are three NFL players with more receptions than the entire Chicago Bears offense

It should come as no surprise that Cooper Kupp picked up exactly where he left off last year, as the MVP of Super Bowl LVI has racked up 28 receptions en route to posting 280 yards and three touchdowns in the same number of games this year.

Stefon Diggs is also having himself quite the season after hauling in 27 receptions and four TDs from Josh Allen, while Marquise Brown has quickly become Kyler Murray’s favorite target in Arizona after snagging 24 passes that have been thrown to him by his former college teammate.

As The NFL on CBS notes, those three men also have also recorded more individual receptions over the first three weeks of the season than every single player on the Bears, who’ve combined for a mere 23 (which Detroit’s Amon-Ra St. Brown has been able to do on his own).

Again, the Bears have managed to hold their own so far, and Fields and the rest of the team can take solace in knowing the solid start has granted them some time to continue to work on the passing game the QB has acknowledged is lacking without having to worry about fans frantically calling for the franchise to push the panic button.

With that said, if this trend continues, it’s hard to imagine it won’t come back to bite them at some point.