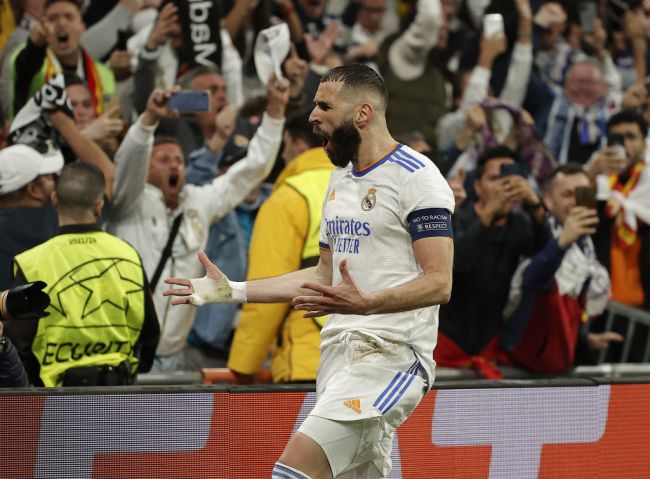 World football fans have been treated to an incredible experience in this season’s UEFA Champions League. Since the beginning of the knockout stages, Real Madrid has been on the most unbelievable run through the competition that the world has ever seen.

The competition started out simply enough for Real. They got a late winner in an away match against Inter Milan to immediately get an edge over the squad expected to compete with them for first in the group. Then they followed it up with a baffling loss at home against Sheriff Tiraspol, a team that had never qualified for the competition before this season.

Luckily for them, that was just a blip on the radar as they cruised to 4 consecutive wins to easily top their group. For that, they were rewarded with a matchup against Paris Saint-Germain in the round of 16.

PSG had finished second in their group, but was still viewed as the favorite to advance from this matchup and as one of the favorites to win the competition. For a while, it seemed like those expectations would hold true. PSG won the first leg 1-0 and then scored first in the second leg. Then Karim Benzema scored a hat trick in 18 minutes and sent PSG home.

How did UEFA reward them? They matched Real up with Chelsea, the competition’s defending champions, in the quarterfinals. This time around, Benzema scored his hat trick in the first leg in London, which figured to be enough to send Real through to the semifinals. It wasn’t enough.

The defending champs did what champions do and fought back in the second leg, pulling ahead 4-3 on aggregate in the 75th minute. This time, it was Rodrygo who played the hero, scoring in the 80th minute to send the match to extra time. Then Benzema would send Chelsea home with a 96th minute goal. That put Real in a semifinal matchup against Manchester City.

Once again, Real Madrid was expected to lose and was seemingly in position to do so in the second leg. They lost the first leg 4-3 in Manchester and then allowed City to score the first goal in the second leg. Late in the match they needed a miracle to keep themselves alive.

Rodrygo delivered that miracle. He scored goals in the 90th and 91st minutes to once again give Real a chance in extra time and once again it was Karim Benzema who would seize that chance. Benzema buried a penalty in the 95th minute to send Real to the final.

Now fans unfortunately have to wait until May 28th to see what exactly this Real Madrid team has in store for us next.