French Track Star Gets Assaulted 20 Minutes Before Race And Coughs Up Blood, Still Dominates And Wins 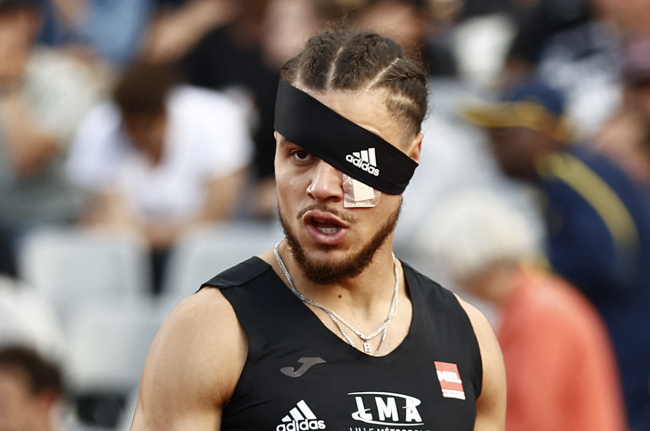 French track star Wilfried Happio is on his way to the World Championships in the 400-meter hurdles. However, that almost was not the case.

Happio was assaulted 20 minutes before his race in the France Athletic Outdoors Championships. He still won.

As the best in his country at his event, Happio was scheduled to run the 400-meter hurdles on Saturday afternoon. However, an individual somehow slipped past security and assaulted the 23-year-old during his pre-race warm-up, landing several punches to his face before Happio’s coach was able to break it up.

According to an RMC report, Happio was left ‘coughing up blood’ after the attack. And yet, that didn’t stop him from competing.

With a makeshift eyepatch and bandage over his face, covering his left eye, Happio stepped into the blocks and went off with the gun. He then went on to lead from start to finish and by the time he crossed the line, he won by a significant margin.

For Happio to run after being assaulted is impressive.

For Happio to run after coughing up blood is even more impressive.

And for Happio to run and win after both of those things is downright insane. To make the entire thing even crazier, he ran a personal-best and crossed the line with a time of 48.57 seconds.

By winning, Happio earned his bid at the World Championships. His attacker, by assaulting the French star, earned himself some jail time after being arrested.