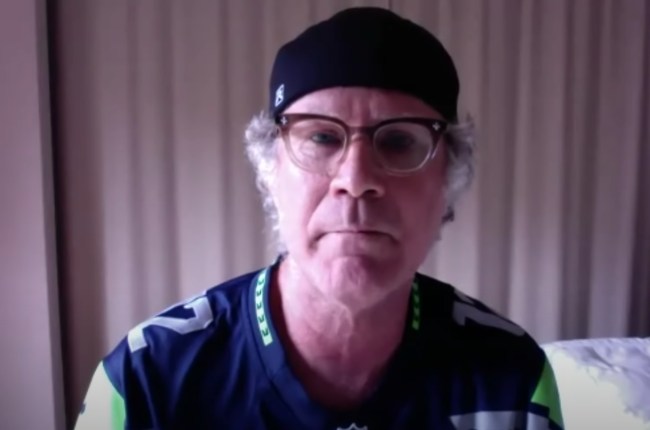 I can’t quite put my finger on why, but it’s a strange thought for me that NFL teams are out there holding virtual meetings for the players using the same technology that my old college roommates are using to blackout and share embarrassing stories every weekend but that’s the state of the world right now, connecting over Zoom.

The Seattle Seahawks brought in tight end Greg Olsen this offseason from the Carolina Panthers, a huge get for the Seahawks, and head coach Pete Carroll held a Zoom meeting under the guise of introducing the three-time Pro Bowler to his new team. That’s when the camera cut to Will Ferrell who was wearing the skullcap you often see Greg Olsen wearing.

Will calls out a new play, says he’s excited to be there, shows off his body and it looks like he’s put on some of that ol’ Saturday Night Live weight from when he realized he was too skinny and physical comedy is funny. Really, it’s just nice to see a familiar face for a minute. Here’s the clip on Twitter, Instagram, and YouTube so you can choose which format you’d prefer to watch it on:

I’d love to see Will Ferrell make a guest appearance on one of these upcoming episodes of Saturday Night Live that are being filmed remotely. I can’t say that I’ve watched any of these remote episodes from start to finish but I’ve been watching the clips on YouTube and Adam Sandler’s guest appearance last weekend was phenomenal.

Seeing familiar faces during this strange time is an excellent form of escapism, if even for a little while. I think we’d all love to see Will Ferrell show up with his cowbell on Saturday.