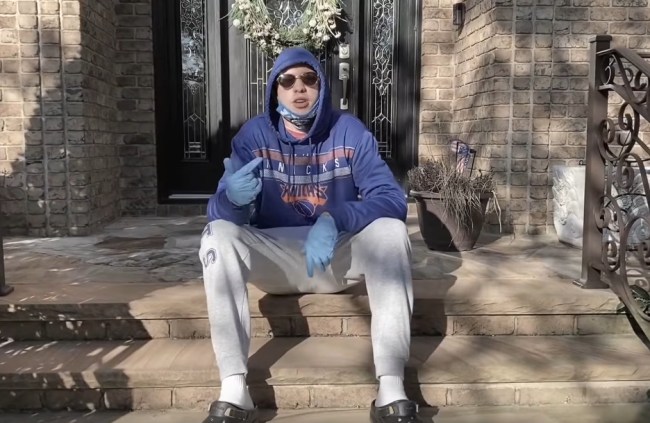 The cast of SNL is still stuck at home and trying to put on a show.

It’s been hit or miss, but let’s cut them a break, it’s a staff and cast of at least 70 people working in seventy different places.

This week, SNL brought the firepower, with Brad Pitt playing Dr. Fauci in the cold open and explaining that “And now, live, kinda, from all across America, it’s Saturday night.”

Earlier in the week, Dr. Fauci jokingly said that “if any actor was going to portray him on ‘Saturday Night Live’, he’d want Brad Pitt.

Another highlight of the night involved Pete Davidson.

His musical sketch, “Stuck in the House”, felt incredibly cringy and unfunny (possibly on purpose) until former SNL vet – Adam Sandler – showed up to bring the funny.

I don’t know how I feel about Pete Davidson.

On a personal level, I feel bad for the guy. He’s had a rough life filled with tragedy at a young age, health issues, and going in and out of rehab.

His struggles have been documented in several interviews, one of the most interesting and honest was an appearance on the “WTF Podcast” with Marc Maron.

I think he’s an extremely talented and funny stand-up comedian but his best material is about his life.

I don’t love him on SNL unless it’s in a sketch obviously written by someone else.

His attempts at being the lone member in a second-coming of Lonely Island usually fall flat.

He’s ready to move on from the show – he’s stated that fact – and it’s sometimes obvious in his performance.

Davidson’s best SNL work has always been his appearances on Weekend Update, doing monologues that feel like stand-up.

SNL should just let Davidson do stand-up from his mom’s living room from now until this entire quarantine is done.