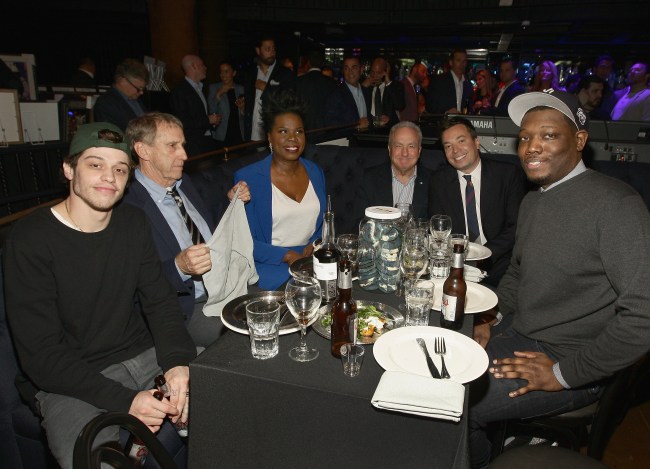 If you’ve got 52 minutes, skip past all my shitty words and play the Charlamange tha God’s interview with Pete Davidson.

Davidson speaks honestly about his suicidal tendencies, drug use, oversharing in relationships, outgrowing SNL, and why Louis C.K. is a “piece of shit.”

Pete Davidson comes off as the most confident unconfident guy on the planet. He’ll reveal how fame has “embarrassed” him and made him severely insecure using a tone many of us reserve for personal conquests. He talks about cutting his chest when his depression gets bad, or how he “scares the shit” out of girlfriends with his issues with the moxie of A.C. Slater.

The interview is an interesting look at who Pete Davidson The Person is, outside of the Page Six headlines and Ariana Grande talking about his horse hog.

Davidson when asked about Louis C.K. trying to get him fired from SNL for smoking too much weed:

“Yes. It’s a true story…Pretty much he just ratted me out to my boss. I never really got over that.” 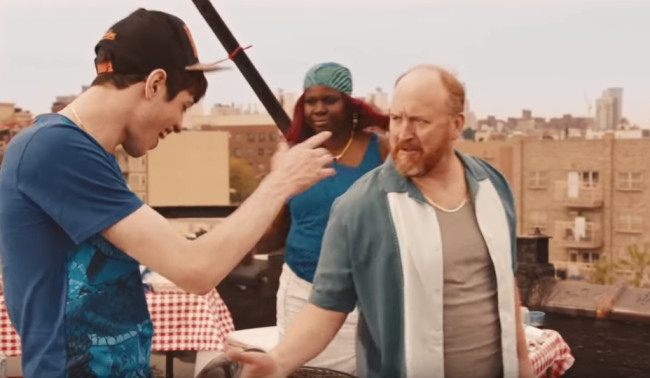 Davidson when asked if Louis C.K.’s comedic downfall was vindicating for him:

“Oh my God, it was amazing. I imagine it’s what Ariana feels like now, just watching me tumble for two years.

But that felt great. That guy hasn’t been nice to many people. He’s not a nice guy.”

Davidson added, “He’s a piece of shit. He’s not nice to young comics…What’s also shitty is that he’ll be nice to you one-on-one, and he won’t be real with other people about you.”

Davidson on what people know him by:

“I think people only know me for my dick.”

Davidson on his status with Saturday Night Live:

Davidson on the media perceiving him to be a playboy:

I share too much. And I scare the fucking shit out of people, because I have a lot of issues and stuff. I like to be very up front about that so there’s no surprises. I don’t want you to be surprised if I cut myself, or have to go away to a rehab, or if I have to go to certain therapy. Because it just breaks the ice easier.

Davidson on how fame has affected his mental health:

“It’s made it much worse. Im much more insecure. Much more unsure of myself than I’ve ever been. I’m also just embarrassed.”

Davidson on what rock bottom look like for him:

Davidson on the frequency of his battles with depression:

“I’m always depressed. All the time…It’s all just programming yourself to trick your brain.”

Davidson if he’s ever been suicidal:

“Yeah, all the time. But I can’t, because I got a mom and a sister and a family. I’ve always been suicidal but I’ve never had the balls.”