Will Rudy Gobert Ever Be Forgiven? 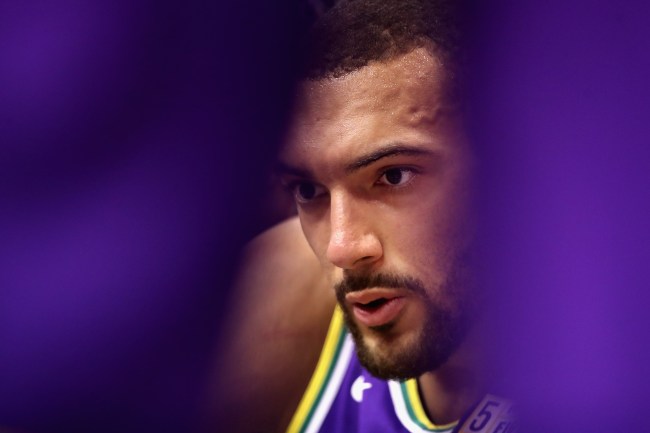 As I’ve mentioned dozens upon dozens of times on this website, I’m (tragically) a Jets and Mets fan (and also Nets and Liverpool, but for the purpose of this article, we’re focusing on the Jets and Mets).

And what the Jets and Mets are known for — other than being generally and maddeningly incompetent — is the toxicity of our fan bases. Sure, perhaps we’ve never thrown batteries at Santa Claus, but these are two fan bases that specialize in spite.

It’s been 14 years since Carlos Beltran didn’t swing at Adam Wainwright’s 3-2 pitch in Game 7 of the NLCS and Mets fans still haven’t forgiven him for it.

Then there are Jets fans, who can likely name every incompetent general manager the team has employed since the day they were born.

Now, to be clear, spite, disdain, and grudge-holding is not a phenomenon unique to New Yorkers — all fanbases experience and weaponize these emotions at one point or another. But it has made me wonder: what if Rudy Gobert played for the Brooklyn Nets or the New York Knicks? Would the city — currently the nation’s hotspot for the virus — ever forgive him? And the answer is no.

On March 10, just as the coronavirus pandemic was beginning to take hold on global society, the French Jazz center decided it was a good idea to make light of the situation, and intentionally touched the microphones of all of the reporters in the room. Two days later, he tested positive for the virus.

To be fair to Gobert, he’s certainly been contrite: he’s said and done all the right things, including donating $500,000 to support arena workers during this time. But still, contrition may not be enough for two-time defensive player of the year, as those images of him so carelessly and callously (joking or otherwise) spreading the virus has become seared into the minds of sports fans across the globe.

Prior to this, sure, I knew who Rudy Gobert was: I knew that he was on the Jazz and that he was French and that he was an elite defensive player and all of that good stuff. But now? Now, all I think about is his shit-eating grin as he childishly put others at risk for no reason other than trying to be the class clown.

Which leads us to our question: will Gobert ever be forgiven? And that really comes down to your personal opinion. Sure, Jazz fans may learn to accept their foolish but ultimately benevolent center, but the rest of the league’s fanbases? I can’t shake this image of Gobert being booed into the ether every time he’s introduced in another arena. People have been shitting on Dwight Howard for the last decade just because he’s a little selfish and eccentric — imagine the everlasting response to Gobert, who has now essentially become synonymous with the outbreak.

And that means just one thing: when the NBA does finally resume, Rudy Gobert will likely be Public Enemy #1. Because while individuals like you and I may be able to absolve him, forgiveness is not necessarily associated with the mob mentality of sports fans.