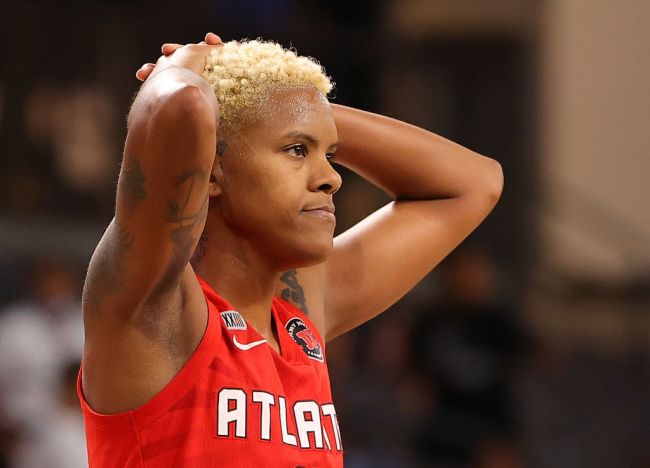 Atlanta Dream guard Courtney Williams has apologized for a video she posted on her YouTube channel that made light of a wild brawl that she was involved in earlier this year.

I want to sincerely apologize for the video posted yesterday. I would never want to represent myself or the organization in a negative way. I’m learning everyday so I ask for grace as I’m growing. Again I apologize to all attached, and I will be better moving forward.

In the video, which she later deleted, Williams and her teammate Crystal Bradford are throwing multiple haymakers. Her former teammate Kalani Brown was also involved.

It is unclear exactly where the brawl took place, but the three can be seen in a parking lot near a “Tenders & Bites” food truck. Per reports, the altercation began when someone made a comment about Williams’ girlfriend.

The fight happened back in May and the video is crazy.

THIS SHIT AINT CUTE,
AS THEY THINK IT IS.#FREECHENNEDY pic.twitter.com/vOiSzn9OPN

Williams threw quite a few punches in the nearly two-minute clip and Bradford also became entangled. Brown, who is 6-foot-7, can be seen trying to break up the kerfuffle throughout the video.

It is unclear as to who took the first swing, but Williams and Bradford were ready to clean up.

Both the WNBA and the Dream are investigating.

“The behavior in the video is unacceptable and does not align with our values as an organization,” Atlanta said in a statement. “We are taking this matter very seriously and working with the league to gather more information and determine next steps.”

As for the league, it has “just become aware of the video and is in the process of gathering more information.”

What a wild scene!! There’s no way they don’t get punished for this, right? Not only were they CHUCKING knuckles, but they were violating COVID-19 protocol.