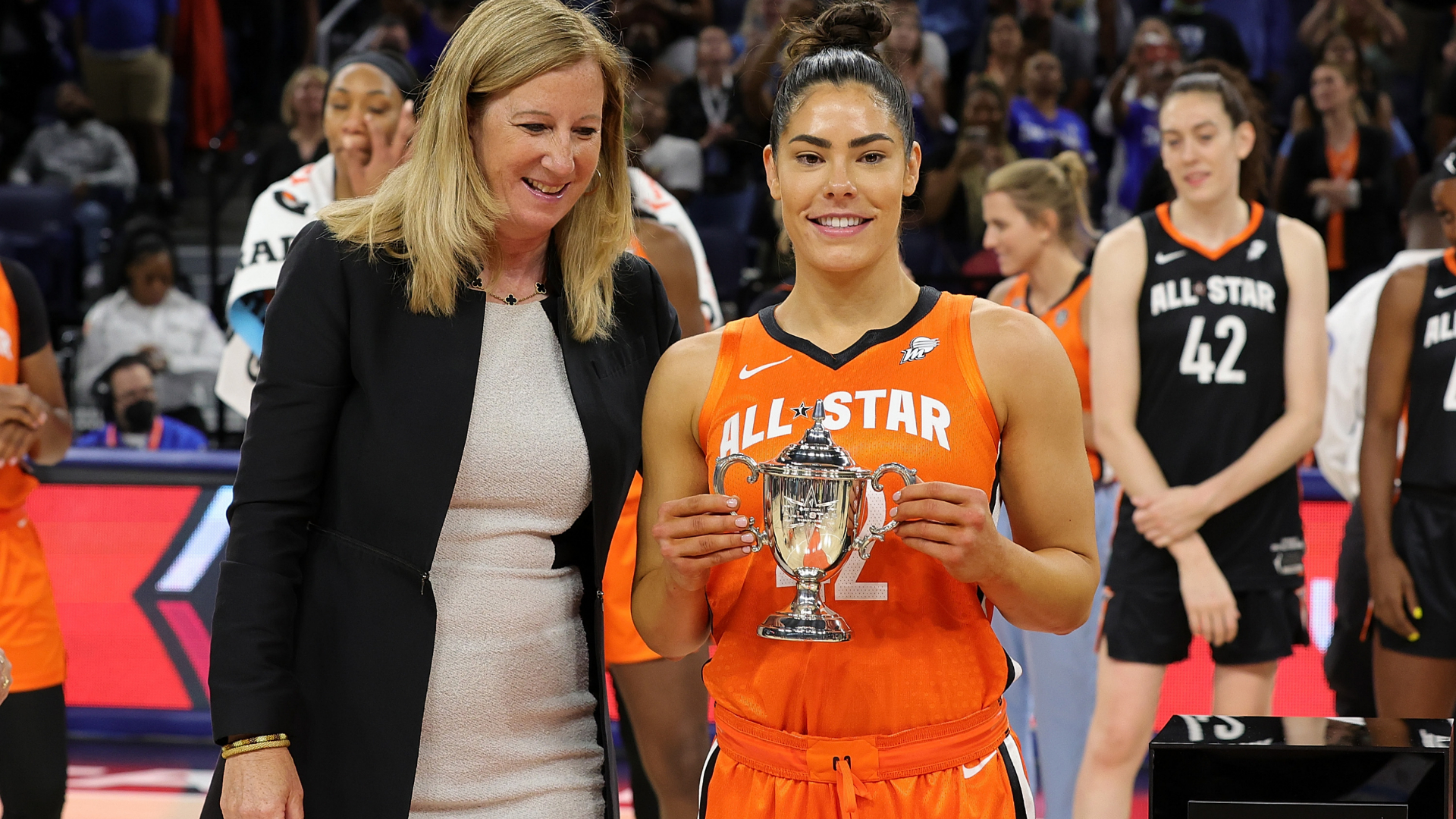 The WNBA is growing at a rapid pace, but unfortunately, league officials continue to make blunders that anger fans.

On Sunday, Kelsey Plum won the WNBA All-Star MVP after putting on an impressive performance against the league’s top players.

Fans immediately noticed that Plum was awarded a tiny trophy for her efforts.

Look at the trophy fam https://t.co/gLsYTtVTku

Fans went on to rip the WNBA to shreds for disrespecting their players with a trophy of that size.

They grimey as hell for this https://t.co/3GTGmOoU4v

Ok you know what, I'm on the WNBA is underpaid train now lmao. That trophy is a joke lol https://t.co/htVzfwDMpy

Somebody gotta answer for this man!!!! This is not right!!! How the hell the NBA have an all star MVP trophy like this for the WNBA?? Am I tripping or is this a tea cup. Please tell me I'm wrong. #NeedAnswers https://t.co/TQxPwGIdUB

Shit like this is wack. The WNBA don’t need to be a billion dollar corporation to do better by the players. Her HS state title probably look better than this trophy https://t.co/1Y6EXma1P3

The WNBA could have gone to Amazon and bought a better looking trophy pic.twitter.com/zfMDBSZSDh